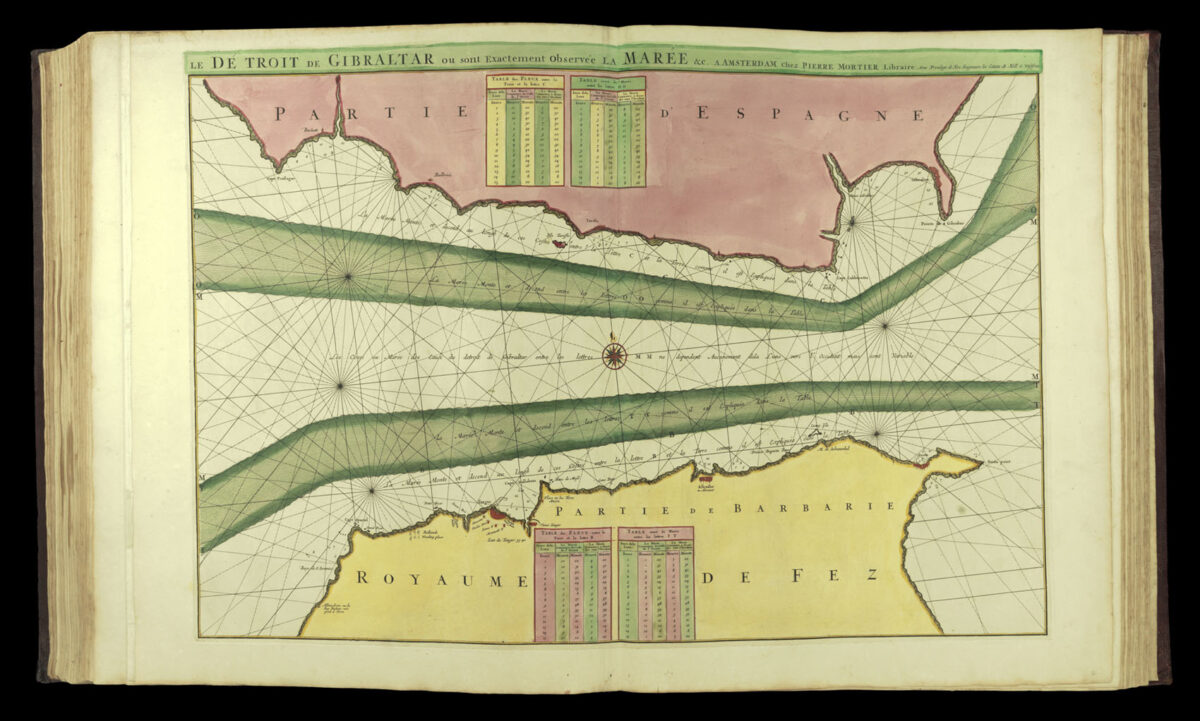 A map of the Strait of Gibraltar between Spain and Morocco.