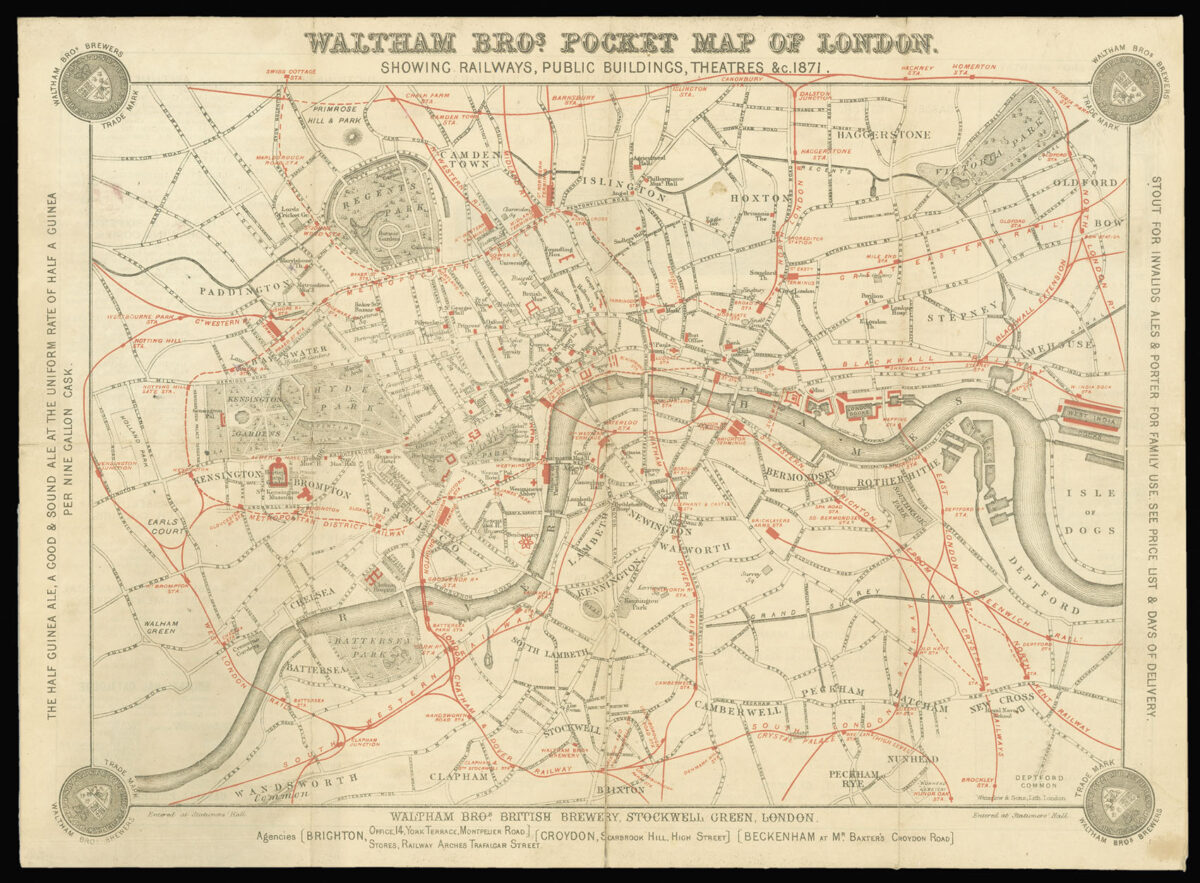 “stout for invalids, ales & porter for family use”

A pocket plan of London published by the Waltham Brothers Brewery.

The map shows railway lines and stations, museums, theatres, hospitals, churches, and other major public buildings. The map was published by the Waltham Bothers Brewery, who where based in Stockwell, and whose brewery is marked upon the map. The map is surrounded by advertisements for the company’s drinks, including: the half guinea ale at ​“1/2 a guinea per 9 Gallon Cask” and a ​“stout for invalids, ales & porter for family use”. The health giving properties of stout was an image that Victorian and Edwardian brewers played to, with many brewers advertising ​“Ladies Stout”, and ​“Double Stout (for nursing)”. The Watham Brothers in one advertisement went as far as brand their stout an ​“alimental tonic”, ​“particularly suited for invalids, ladies nursing or anyone requiring a good sound strengthening beverage”, whilst warning that their Double Stout was, ​“Highly nutritious but too strong for some invalids”.

The map also has the honour of being mentioned in, ​“Dickens’s Dictionary of London”, by Charles Dickens, Jr. (1879). The entry states that the map ​“is a rough-and-ready little article, about the size of a small cotton pocket-handkerchief, mounted on strong calico, and folding into almost the compass of a rather small purse. It is a skeleton map, but is very clear and good, the railways and stations being printed in red”.