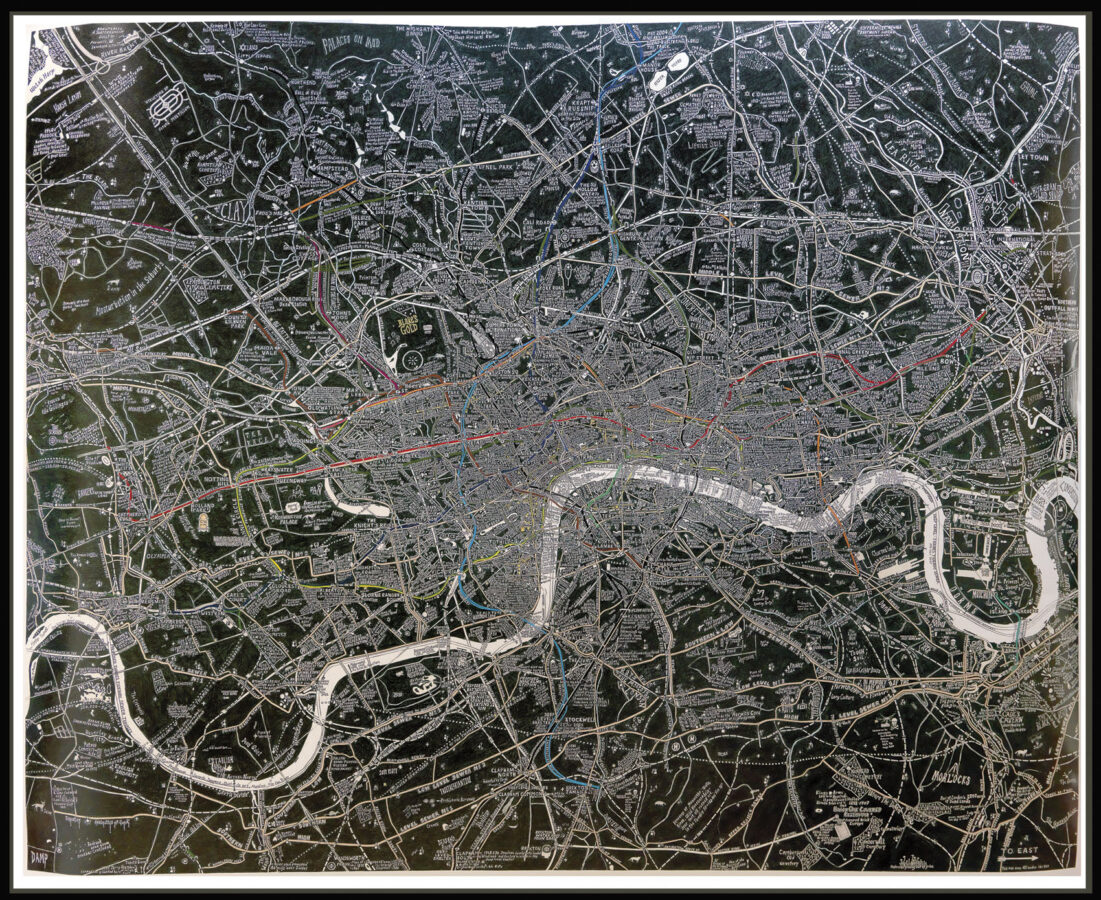 The map was specially commissioned by the London Transport Museum for their 2012 ​‘Mind the Map Exhibition’, to coincide with the 150th anniversary of the London Underground.

For this work Stephen Walter has painstakingly charted the buried rivers, Tube lines, bunkers, sewers, government tunnels and other subterranean secrets of London. The work also includes mysterious and underworld elements, such as unsolved murders, ley lines and pagan burial sites. Like his famed 2008 work The Island, to which this is a companion piece, London Subterranea is a mesmerising tagliatella, combining painstaking research with artistic whimsy.

Stephen Walter’s works is an investigation into obsessive drawing, semiotics and the phenomenon of place. Each work is an intricate world in itself; a tangle of words and symbols that make up a complex of hidden meanings and wider contradictions. Through mainly drawing, photography and printmaking, his artworks explore the meaning of objects, the glory of maps, our place in the World both as individuals and societies and touch on the potential legacy that we bequeath to future generations.