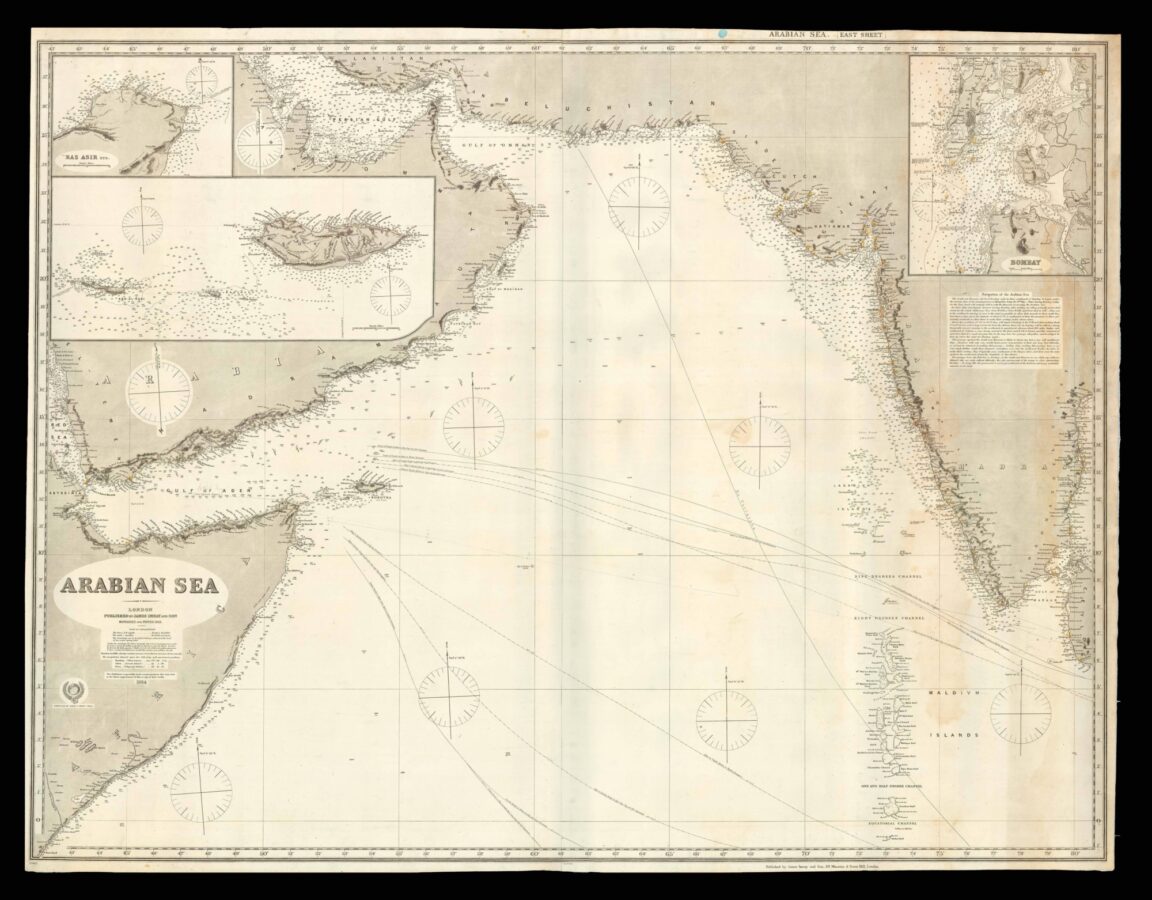 Large and impressive chart of the Arabian Sea, with inset charts of Socotra Island, the Cape of Guardafui and Bombay harbour. Steamer routes from Aden to the Straits of Sunda traced.

James Imray (1803–1870) was a chartmaker and publisher, operating a shop selling books, maps, charts and instruments.

He was apprenticed in the Stationers’ Company to William Lukyn in 1818. In 1835 he entered into partnership with Michael Blachford to continue the chart-publishing business of Robert and William Blachford. On the 1841 census, he is recorded as a stationer, living in Brixton with his wife, son and two servants; on the 1851 Census, however, Imray referred himself as a chart-publisher.

This was an interesting, and important period for Imray. He was declared bankrupt in February 1843, and made four pitiful dividend payments between 1846 and 1850, and yet he also took control of the partnership in 1846, presumably buying out Blachford. Once he had control of the firm, it went from strength to strength, such that on his death the firm could be described as ​“the leading private chart publisher of the day”, while probate valued his estate at under £35,000. The firm continues to the present, trading as Imray, Laurie, Norie and Wilson, bringing together the rival businesses of Richard Holmes Laurie (direct heir of Robert Sayer and Laurie and Whittle), John William Norie and Charles Wilson. 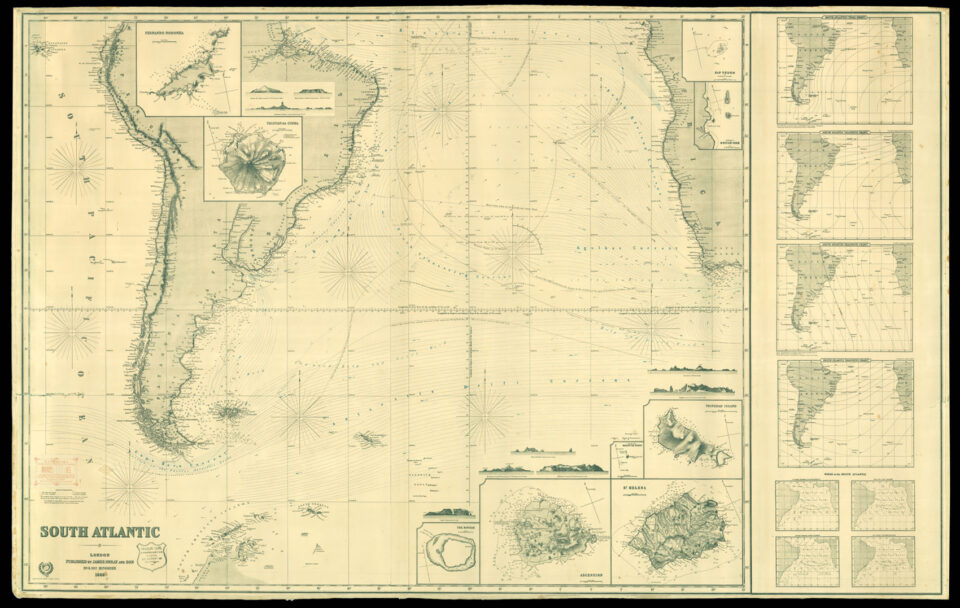