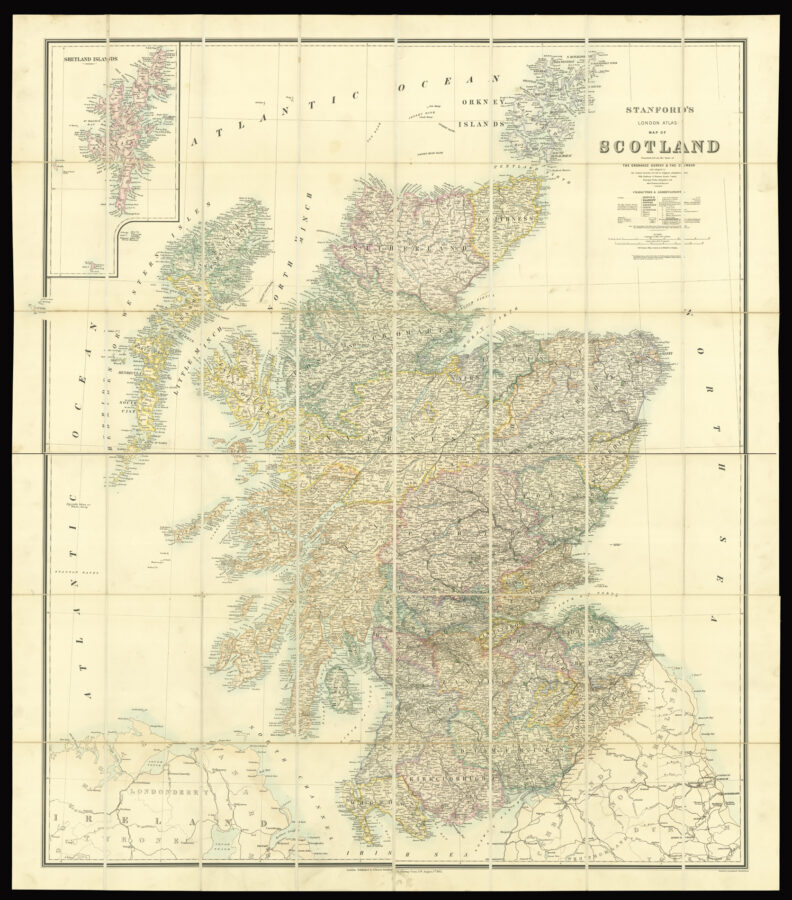 An early example of Edward Stanford’s large-scale map of Scotland.

The map bears the same date (1st August 1882), as an example held in the National Library of Scotland, however, with a slight variation to the title. The present work has the addition of the words ​“London Atlas”. A particularly early use of the title by Stanford, as he would not publish a presentation edition of the atlas until 1885, with the first edition not being published until 1887.

The map is based upon Alexander Kieth Johnson’s map of 1873, updated with information gathered from the recently published Ordnance Survey of Scotland (1882) and the Census carried out in 1881. Below the title is an extensive key, denoting, cities, towns, villages, antiquities, parks and mansions, railway stations, canals, coast guard stations, light houses and vessels, life boat stations, county towns, royal burgh, number of parliamentary representatives, assize towns, military head quarters, and ports of entry.

Late examples of the map, which appear in the atlas, dispense with the words ​“Stanford’s London Atlas Map of…”, and the references to the Ordnance Survey and Census, and simply title the map ​“Scotland”.

We are unable to trace an institutional example of this state.