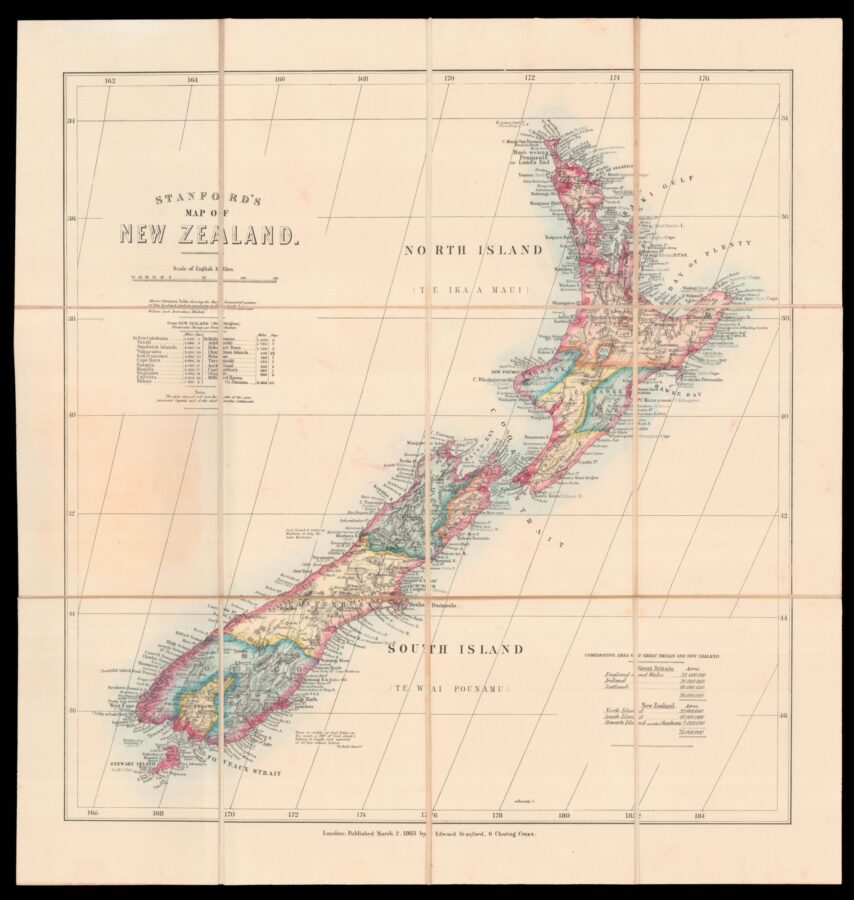 A table underneath the title shows the distance to New Zealand from different international ports. As the text above indicates, the intention is to emphasise the ​“fine commercial position” of the country, and how useful it can be to the ​“South American, British and Australian Markets”. The text at the lower right gives the comparative sizes of the two countries.

The map was produced in the wake of New Zealand entering the British Empire as a colony. The British signed the Treaty of Waitangi with Maori chieftains in 1840, giving the Maori sovereignty over their lands and the rights of British citizens, but giving the British sovereignty over the country as a whole. The terms of this exchange are subject to some debate. The British government began to buy land from the Maori, and then resold it to the New Zealand Company, who in turn sold it to settlers, who mainly farmed sheep. Immigration increased, especially after gold was found in Otago and Westland in 1861 and 1865 respectively.

Stanford’s map represents the keen British interest in a recently acquired colony, and one that was the subject of international attention through the Gold Rush.