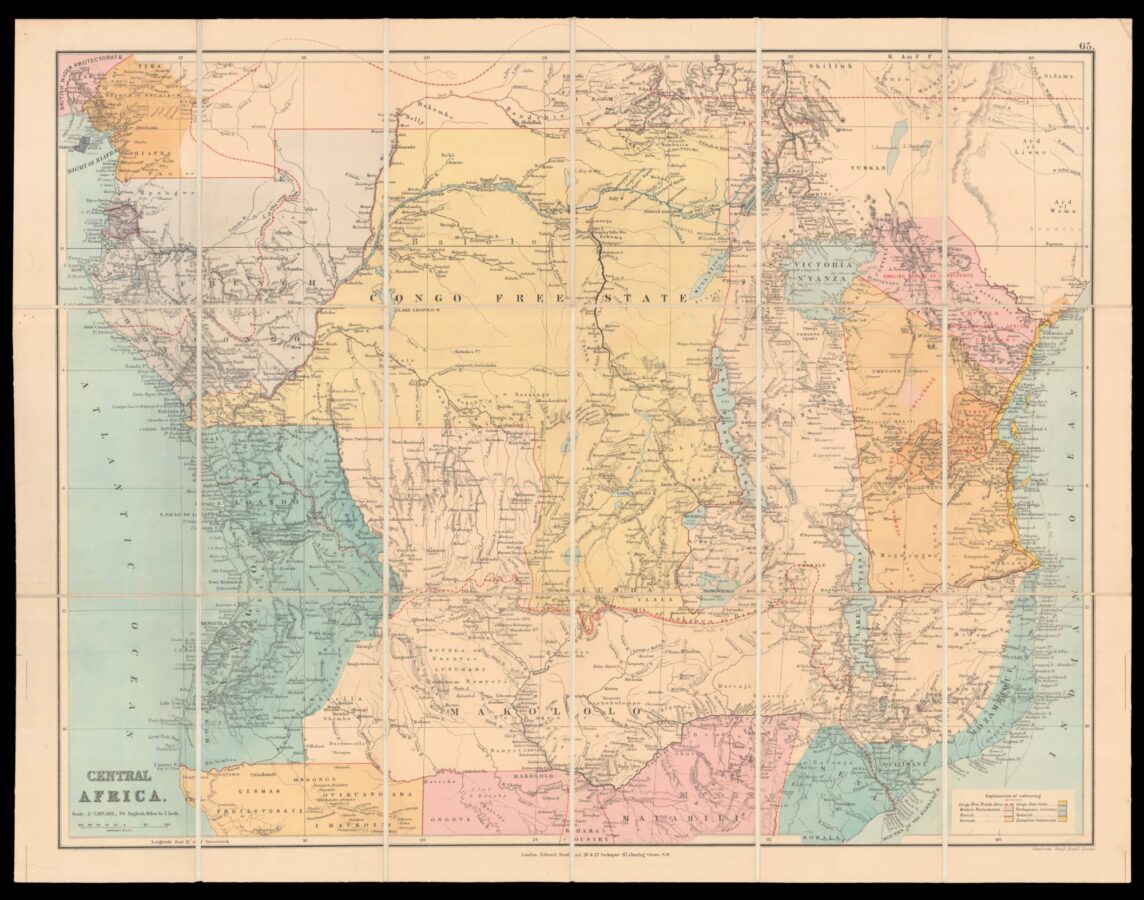 This Map of Central Africa was published by the London map maker Edward Stanford (1827 — 1904). It depicts the former colonial competence of several European States. The mayor part of the map is taken by the Free State of Congo, which was in place between 1885 and 1908 and operated as a corporate state, while being ruled by the Belgian King Leopold II. (1835 — 1909). Following ongoing international pressure the Belgian government annexed the territory in 1908, declaring it the colony of Belgium Congo. Furthermore, the map distinguishes between colonies, which were governed by Portugal and Spain, and the protectorates of Great Britain, France and Germany. In addition to this governmental aspect, the map also points out trading strategies by marking the territorial influence of companies like the British Imperial East Africa Company and the German East Africa Company in the western part of Central Africa as well as the Congo Free Trade Area. Although Stanford does not give a date of publication on his map, the fact that he named the Free State of Congo suggests a publication date during its existence in the late nineteenth century.

Edward Stanford sr. was an English mapmaker and publisher, who built his firm to be the largest (and best) mapmakers and publishers in London by the end of the nineteenth century. In 1857 he founded ​“Stanford’s Geographical Establishment”, which is named as publishing company in the bottom right corner of his map of Central Africa. His business quickly received great success at a time, when colonialism, railways and other contemporary issues raised the demand for high-quality, accessible maps. In 1882 Edward Stanford sr. retired and passed on the firm to his son Edward jr. After taking over many map businesses and their stock, Stanford was recognized by their appointment as Geographer to the Queen in 1893.