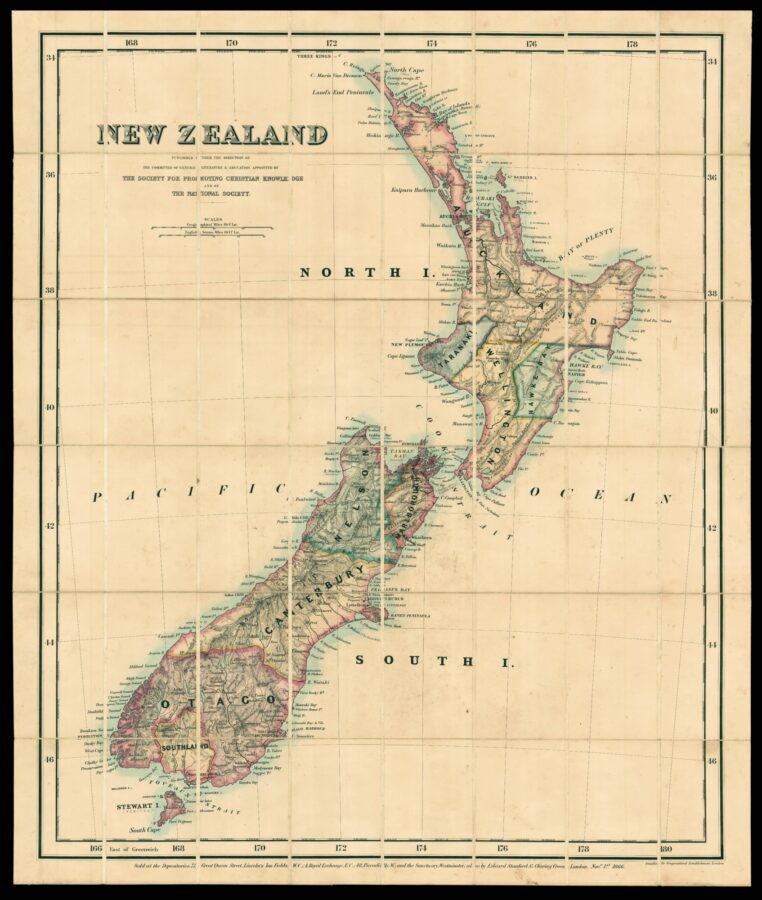 New Zealand published under the direction of the Committee of General Literature and Education appointed by the Society for Promoting Christian Knowledge and of the National Society.

A map of New Zealand, divided into colour-coded regions and showing missionary stations. The British government was encouraging migration to New Zealand after establishing sovereignty over the islands in 1840. They were helped by the discovery of gold, which attracted droves of prospectors in mid-nineteenth century. The impact of the gold boom can be seen in the place names, like Nugget Point.

The present map was commissioned by the Society for the Promotion of Christian Knowledge — the oldest Anglican missionary organisation — and the National Society, part of the Anglican Church, which was set up in 1811 to provide schools for poor children.

Edward Stanford (1827–1904) was a highly successful publisher, known for his accurate maps of London. He began his career working for Trelawny Saunders, an enterprising mapmaker who supplied a daily weather chart for the Great Exhibition. Stanford started his own business in 1853, was elected a fellow of the Royal Geographical Society the following year and set about expanding the cartographical aspect of the firm. He bought the stock of the Society for the Diffusion of Useful Knowledge in the early 1850s.