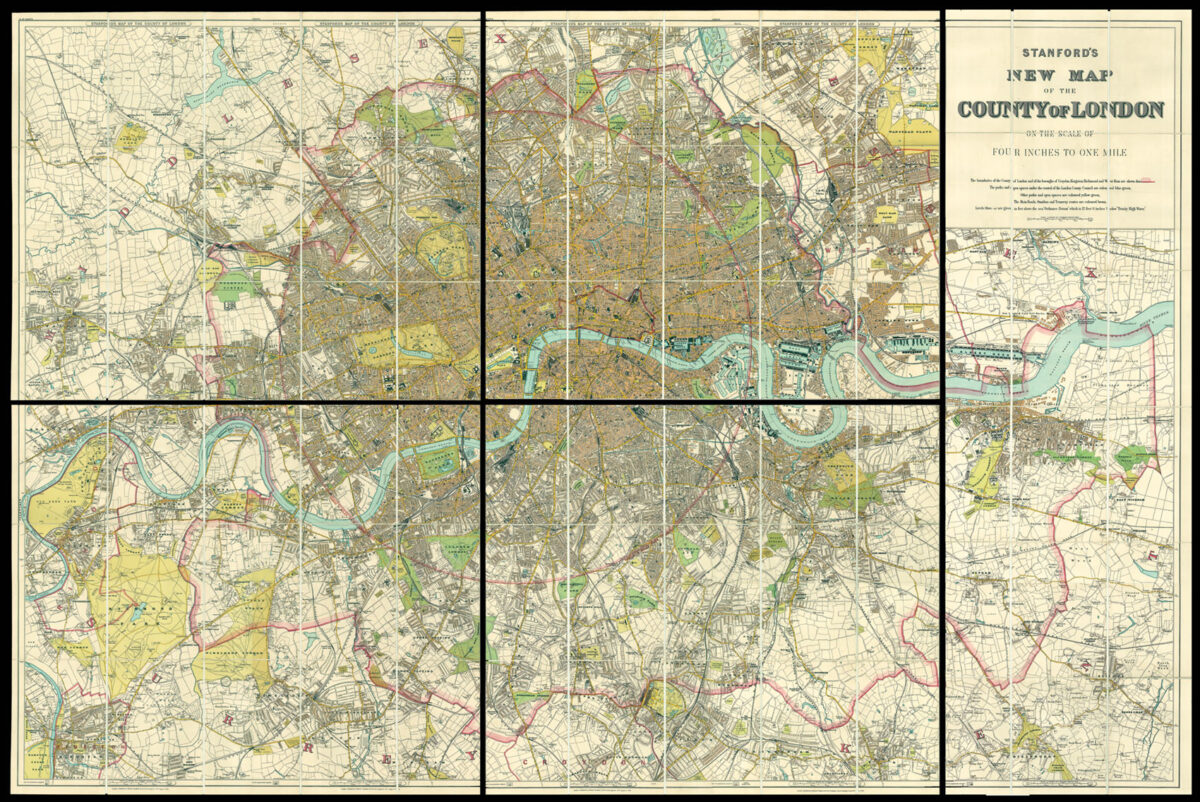 Stanford’s Map of the County of London

A fine example of Stanford’s map of London, mounted here as five sheets instead of twenty as sold.