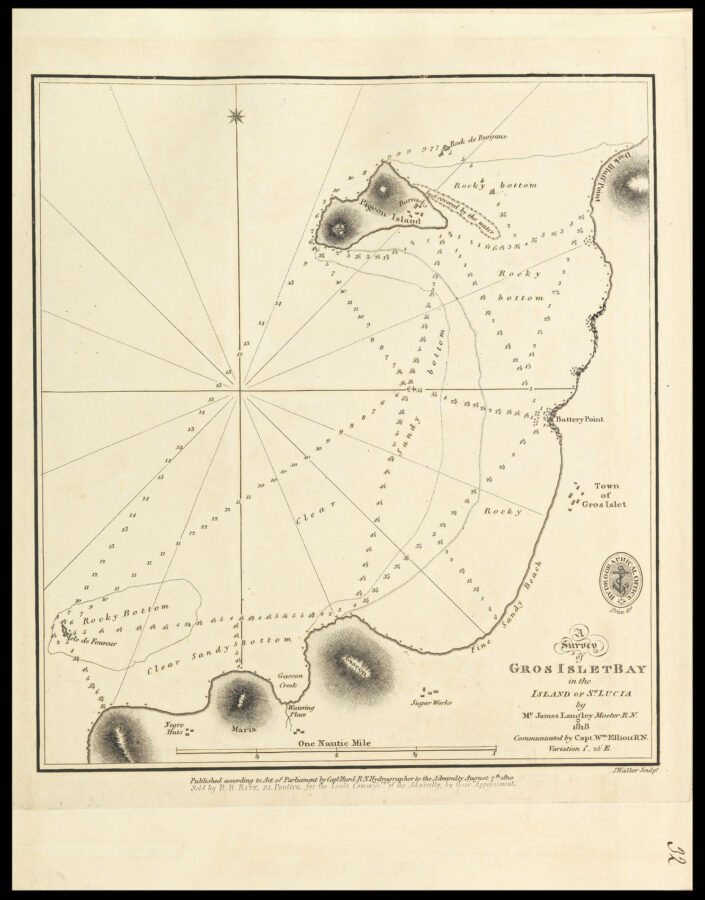 A Survey of Gros Islet Bay in the Island of St Lucia; The Port of Castries or Le Carenage Island St Lucia

Two Admiralty charts of the harbours of Gros Islet and Port Castries in St Lucia.