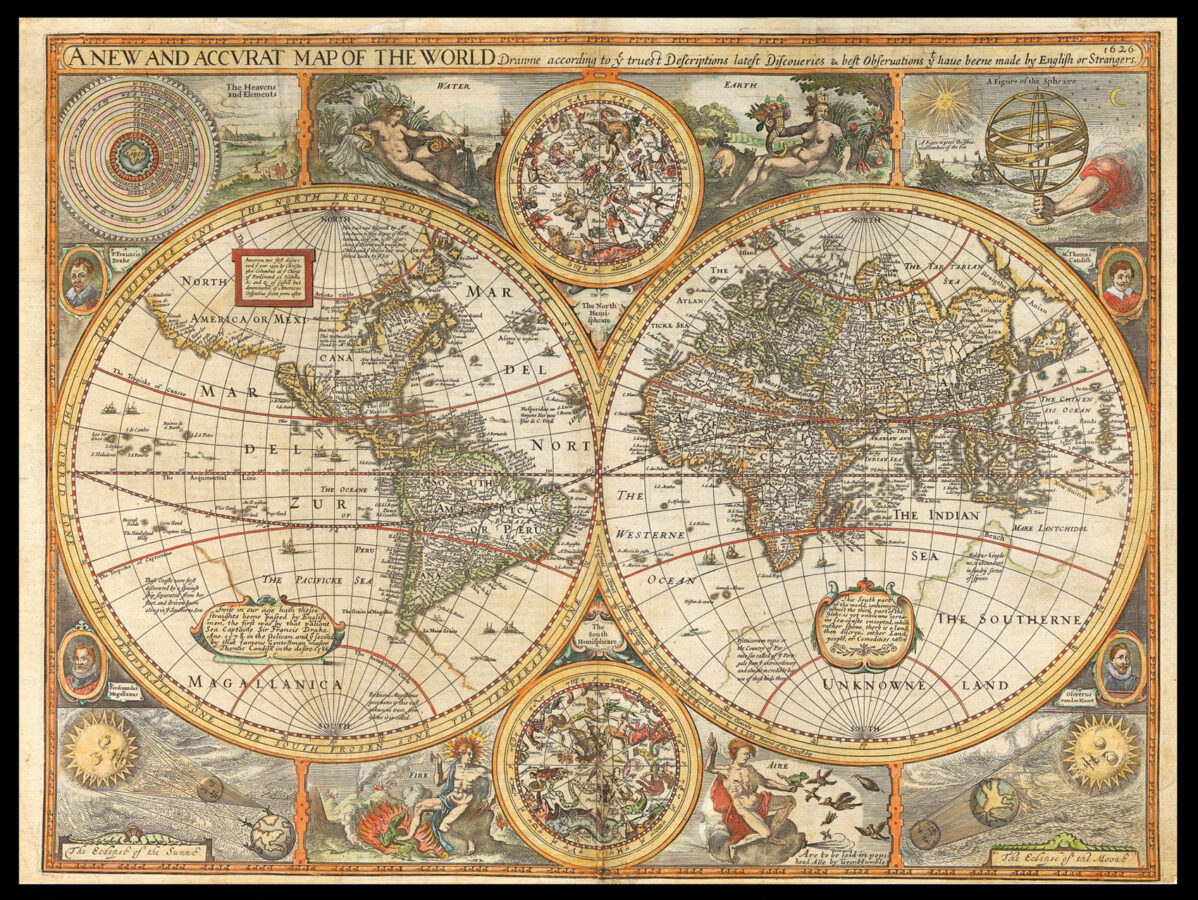 Speed’s view of the world

[Set of the world and continents]

A set of five maps comprising a world map and maps of the four known continents. The world map is on a double hemispheric projection in a simple strapwork border, with two smaller celestial maps between. The centre is decorated with personifications of the four elements, and the corners with astronomical information and diagrams. Four cartouches hold portraits of famous explorers, with an English bias: Sir Francis Drake, Ferdinand Magellan, Thomas Cavendish, and Olivier van Noort. Each of the continent maps is surrounded by a border containing views of the principal cities and local people in native costume.

John Speed (1552–1629) was the outstanding cartographer of his age. His ​‘Theatre of Great Britain’, first published in 1611 or 1612, was the first atlas of Great Britain: Speed prepared the maps himself about two years before they were published. These maps are from the ​‘Prospect of the Most Famous Parts of the World’, produced in collaboration with Speed to accompany the ​‘Theatre’ and published in a joint edition by George Humble in 1631. Many of the maps were anglicized versions of works by Dutch makers, who introduced the carte-à-figure style, with borders of figures in local costume and city views. 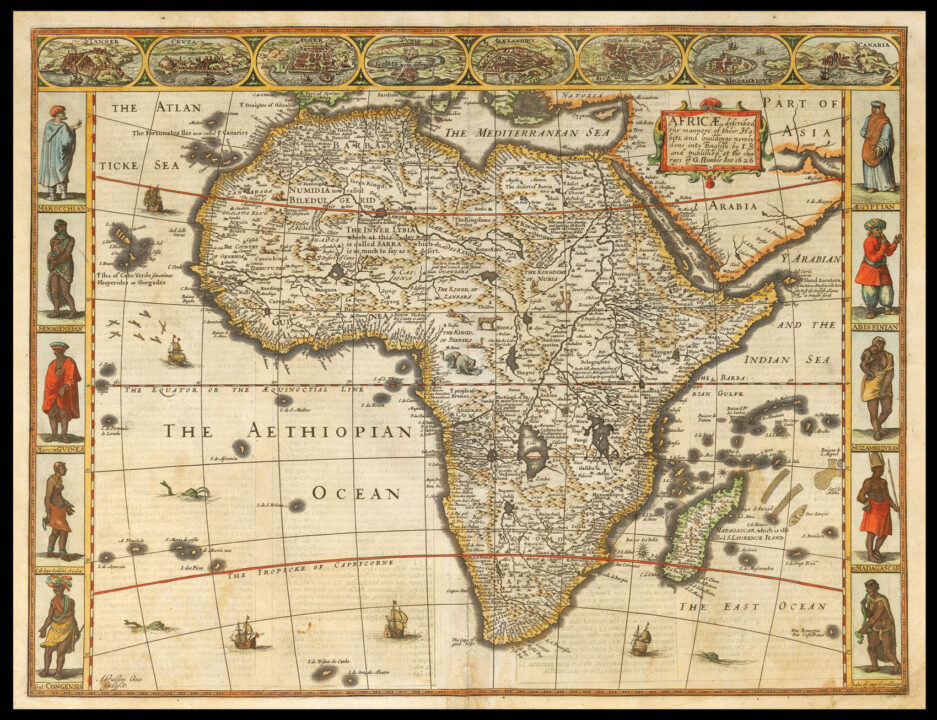 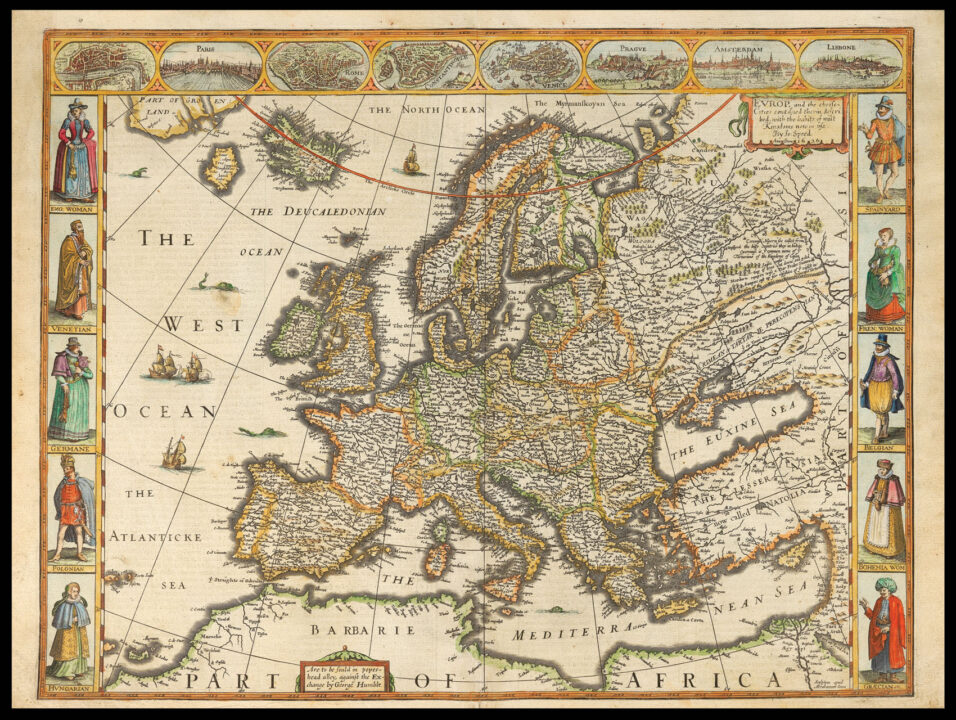 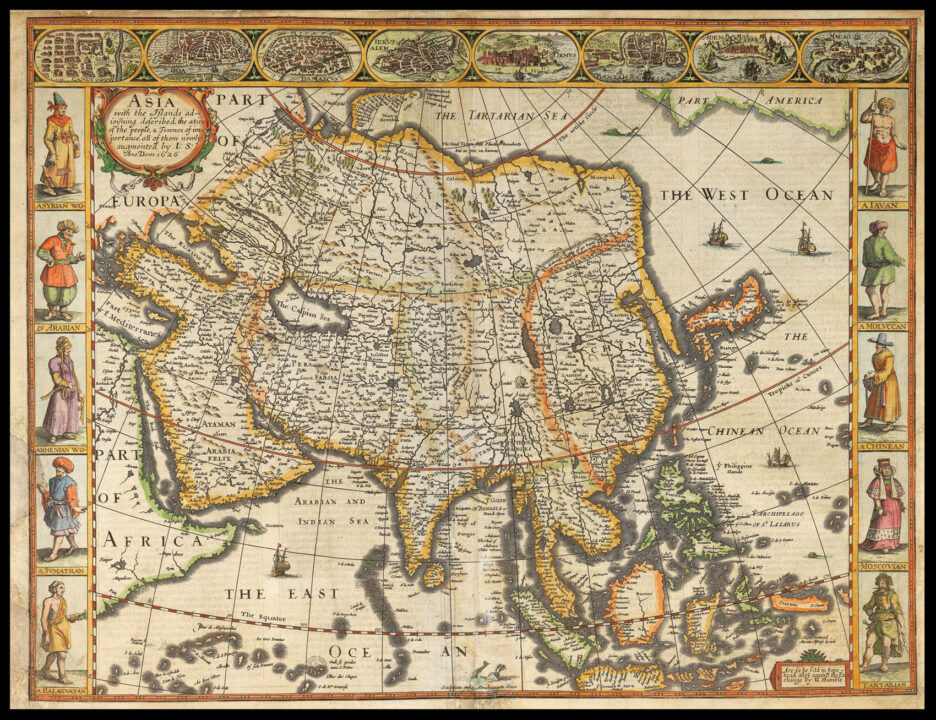 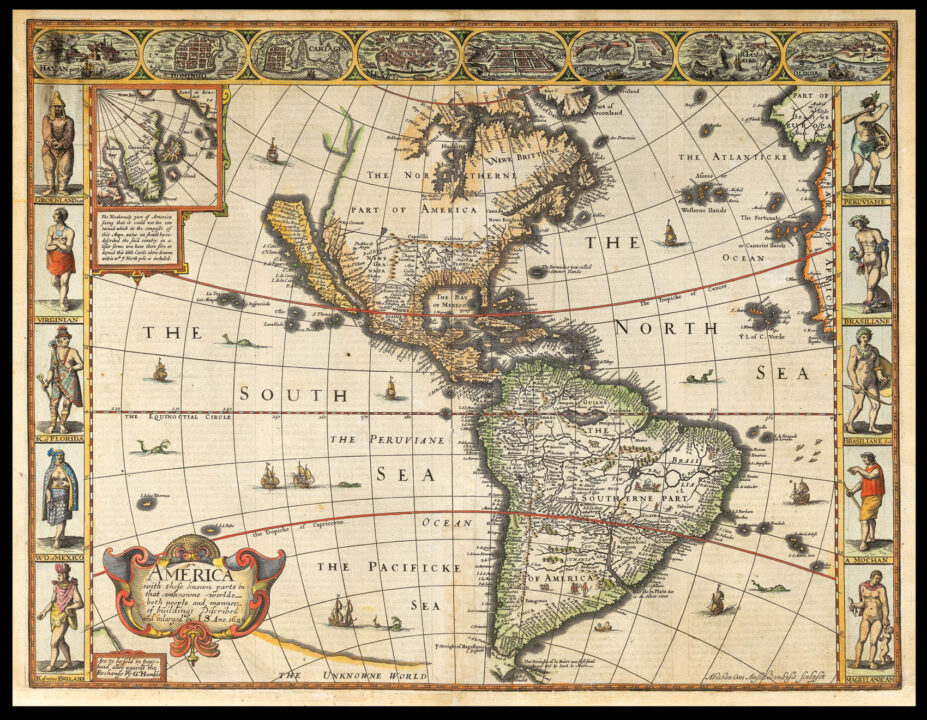