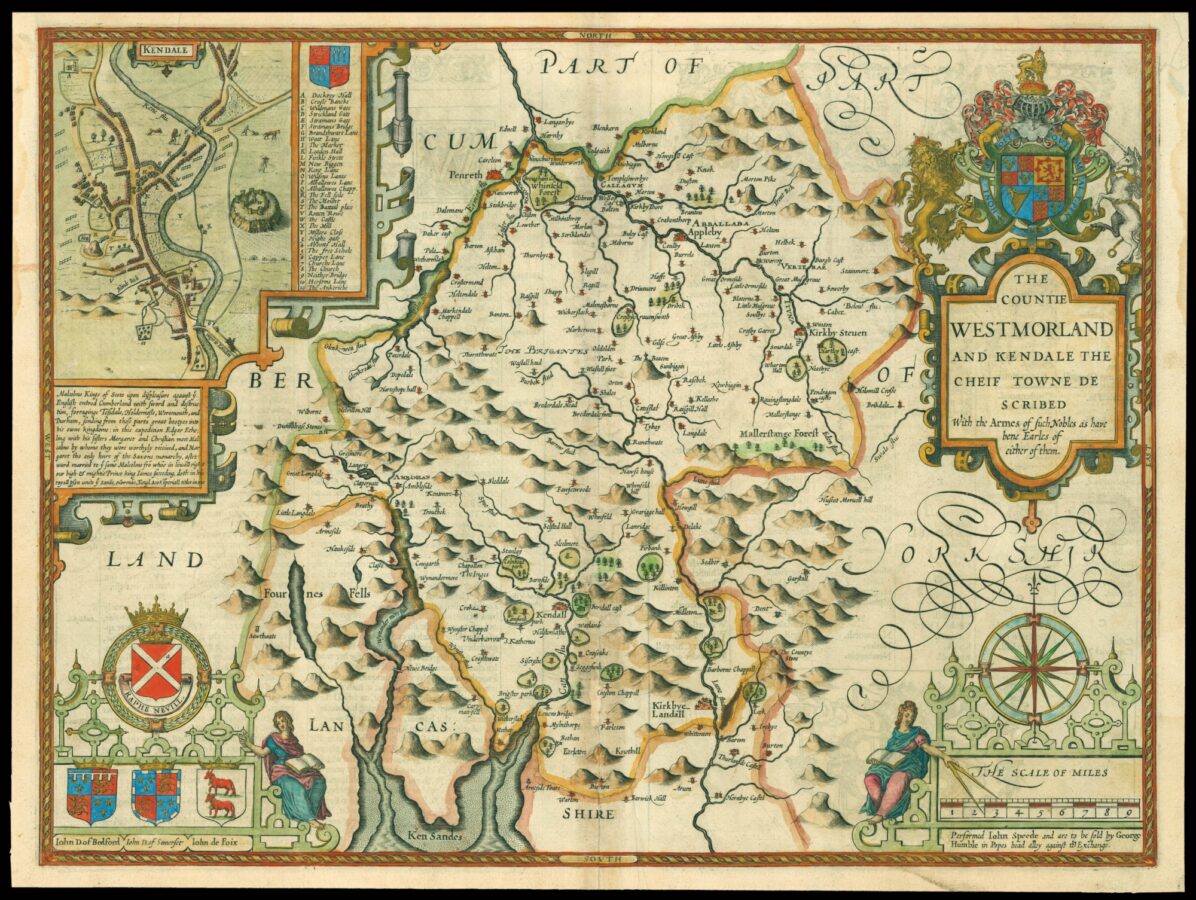 The county Westmorland and Kendale the chief towne described with the armes of such nobles as have bene earles of either of them.

A beautifully coloured map of Westmorland, with an inset map of Kendall and a description of the marriage of Saint Margaret of Scotland and Malcolm III.