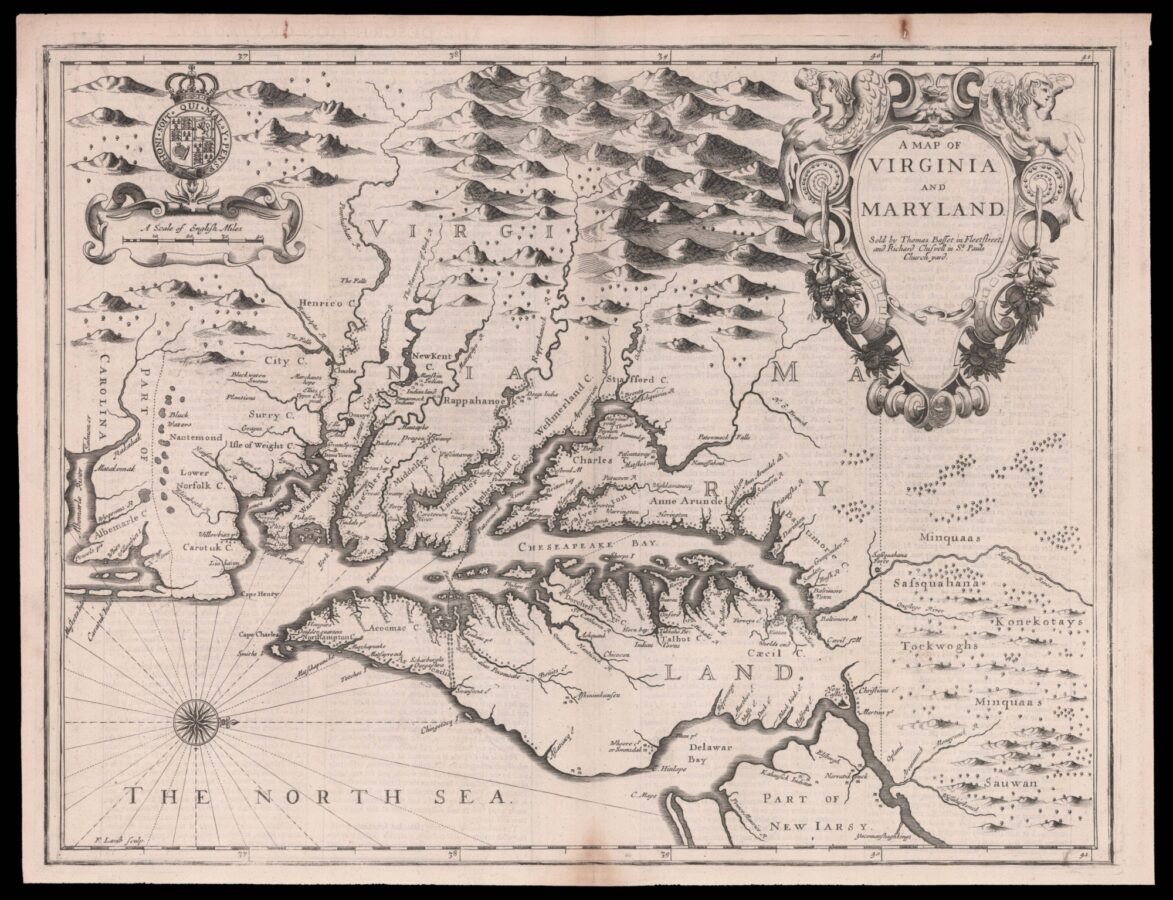 Speed’s Map of Virginia and Maryland

A Map of Virginia and Maryland

This map separates Virginia and Maryland from New England and New York to show this area in greater detail, and it also includes a small part of northern Carolina. It is the ninth and last derivation of John Smith’s general outline of the area from 1612. The map is updated to incorporate details from Augustine Herrman’s ​“Virginia and Maryland As it is Planted and Inhabited this present Year 1670”. Although Herrman’s publication bore a royal Privilege, it did not protect the map from being copied, particularly in the naming of the places and landmarks and a clearer delineation of the shore of the north-eastern part of the Chesapeake Bay. Hermann’s map did not include specific borders, however he did include a double line of trees showing the division of Virginia and Maryland on the Eastern shore from the 1668 border settlement, which is also included on the present map.

The text on the verso includes descriptive information on the region and is condensed from John Ogilby’s ​“America”.