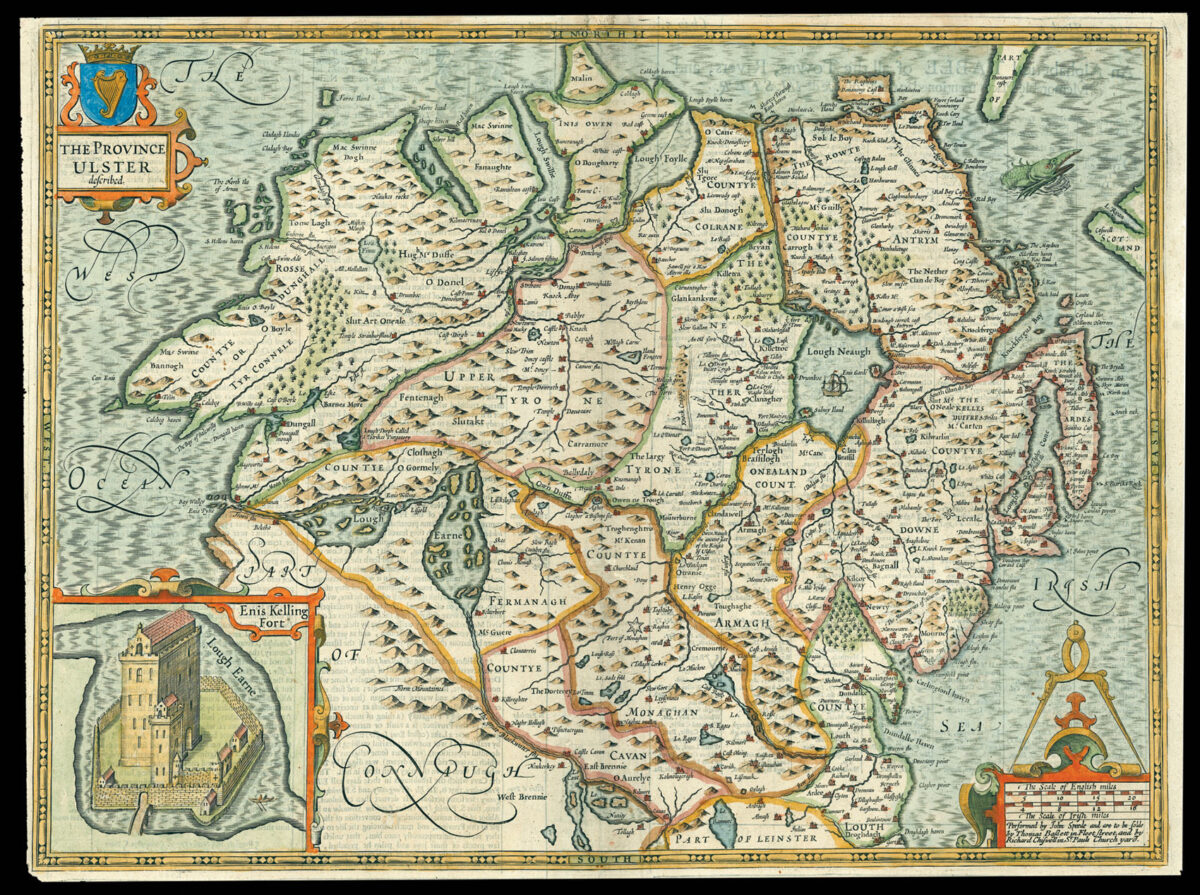 The Province of Ulster Described

A map of Ulster, with an inset map of Enniskillen Castle. Enniskillen would have been known in Speed’s times for its role in Irish rebellions against English rule; it was taken after a siege in 1594.

John Speed (1552–1629) was the outstanding cartographer of his age. His ​‘Theatre of Great Britain’ was the first atlas of the British Isles: Speed prepared the maps himself about two years before they were published. His maps and books dominated the seventeenth-century English market.