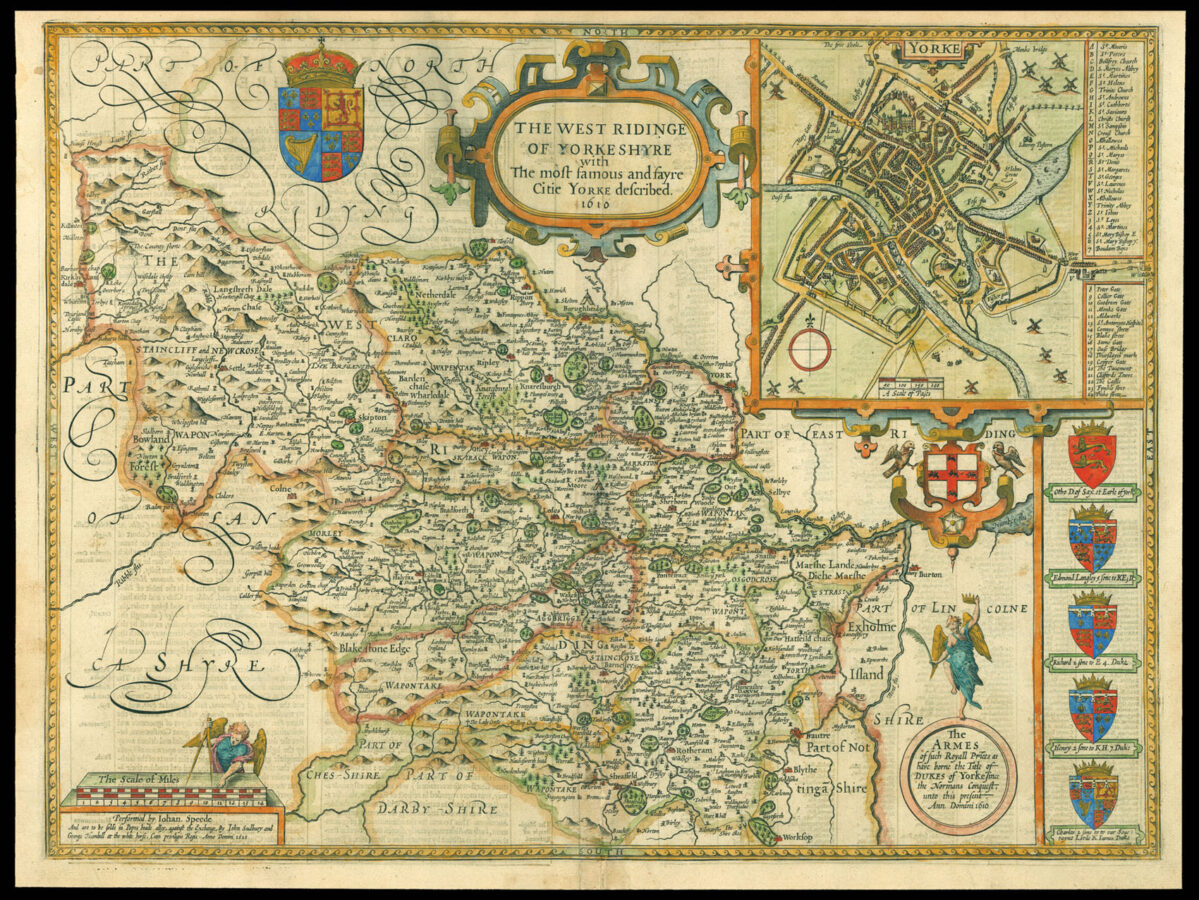 Speed’s map of the West Riding of Yorkshire

The West Riding of Yorkeshyre with the most famous and fayre citie Yorke described.

A beautifully coloured map of the West Riding of Yorkshire with an inset map of the city of York.