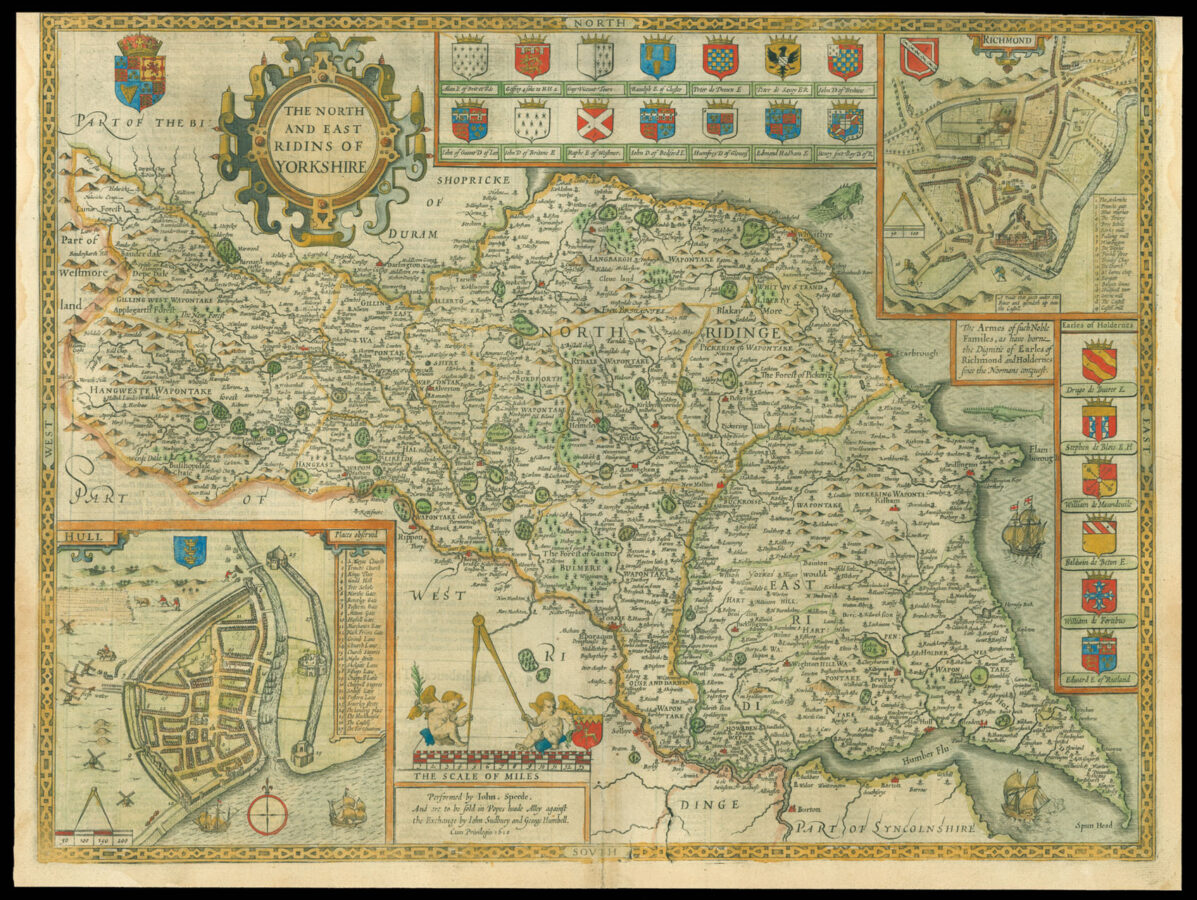 Speed’s map of the North and East Ridings of Yorkshire

The North and East Ridings of Yorkshire

A beautifully coloured map of the North and East Ridings of Yorkshire with inset maps of the cities of Hull and Richmond.