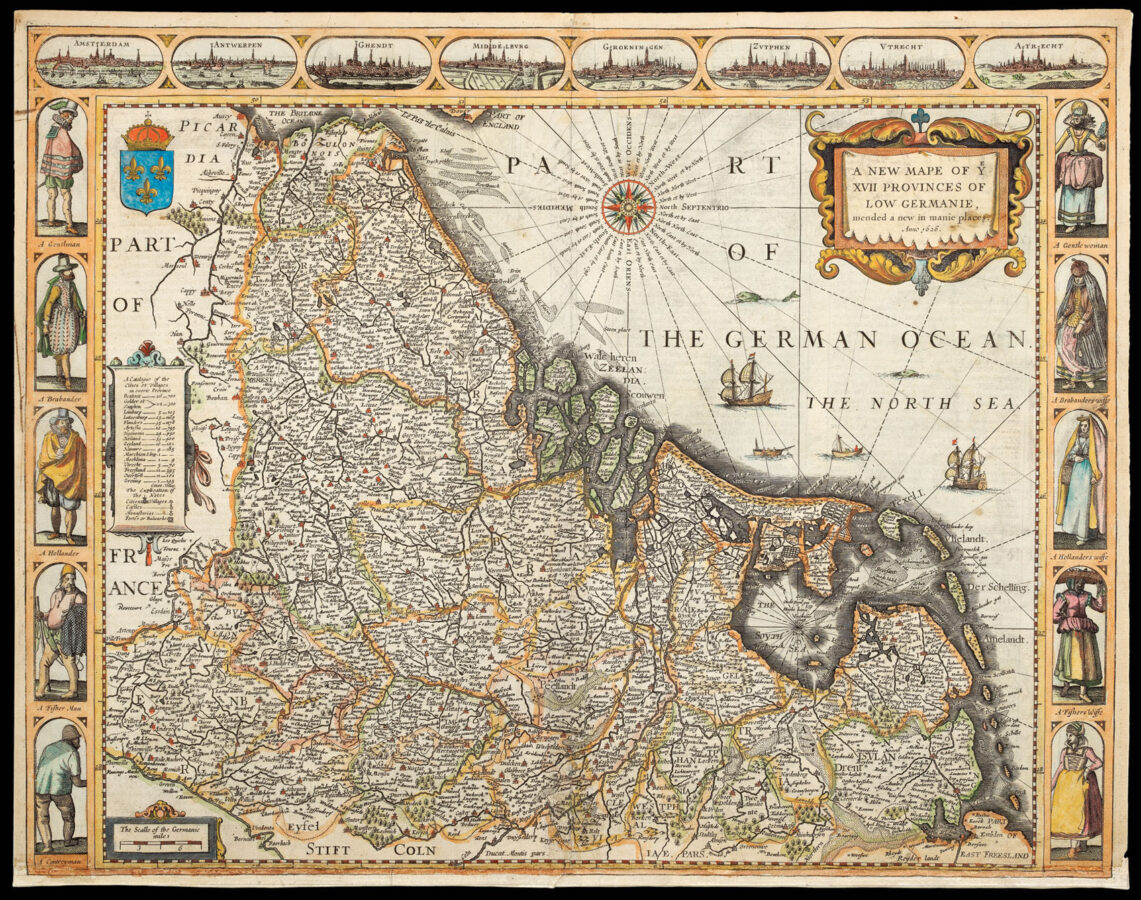 Speed’s map of the Netherlands

A carte-à-figure map of the Netherlands, with a decorative border showing the native costume of different regions and views of major cities. 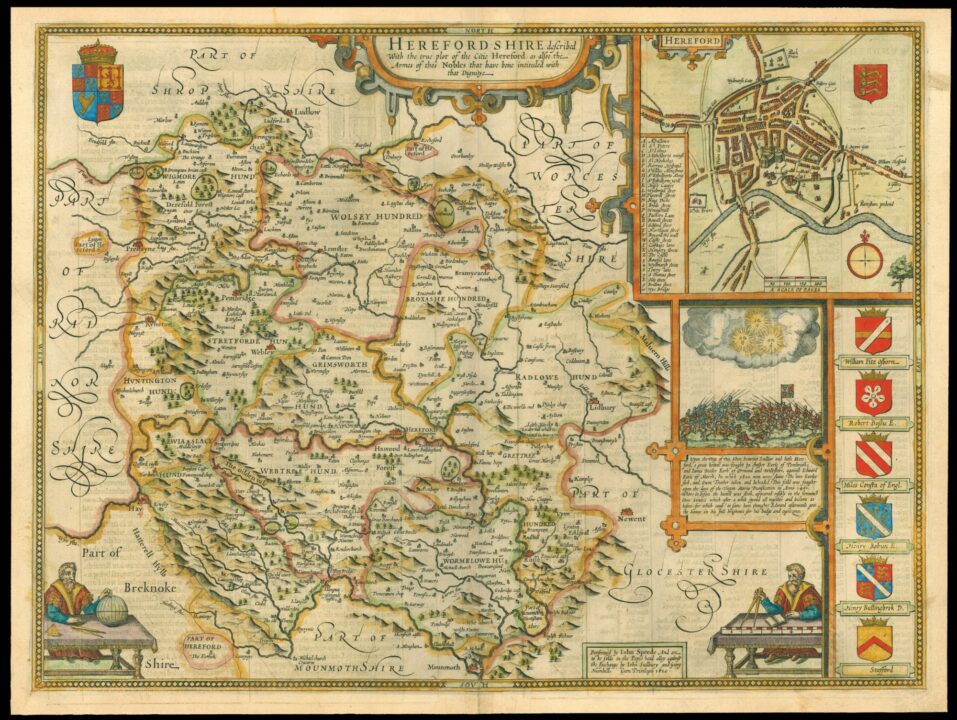