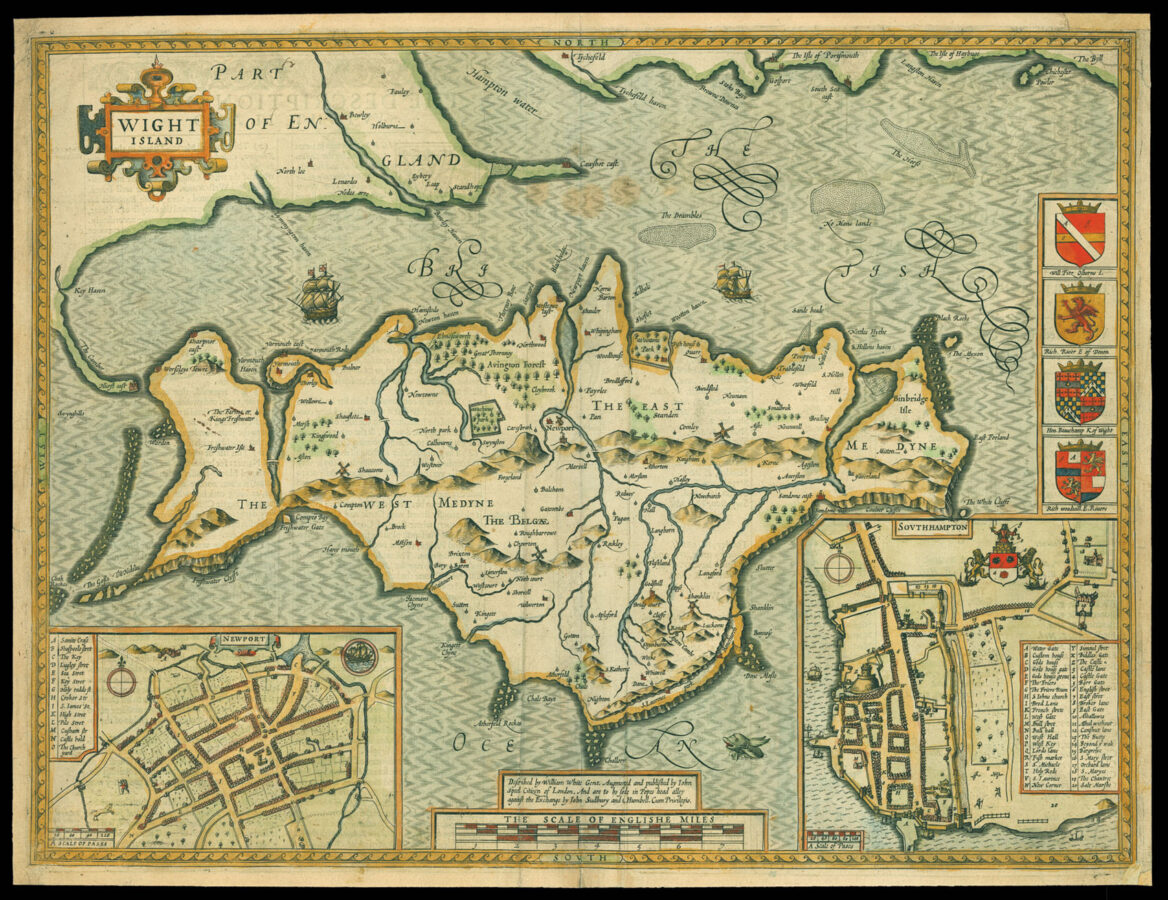 Speed’s map of the Isle of Wight

A beautifully coloured map of the Isle of Wight, with inset maps of Newport and Southampton.