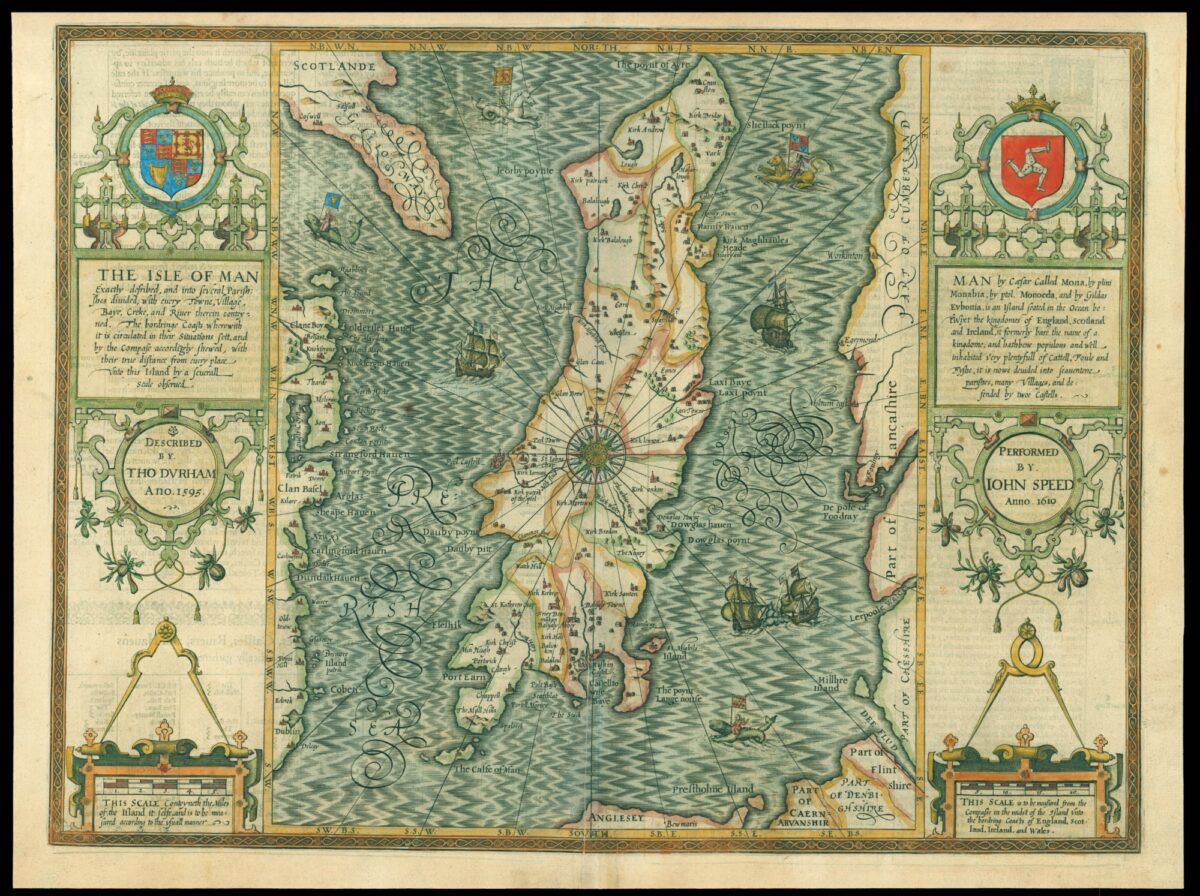 Speed’s map of the Isle of Man

The Isle of Man exactly described and into several parishes divided, with every town, village, baye creke and river therein conteyned.

A beautifully coloured map of the Isle of Man.