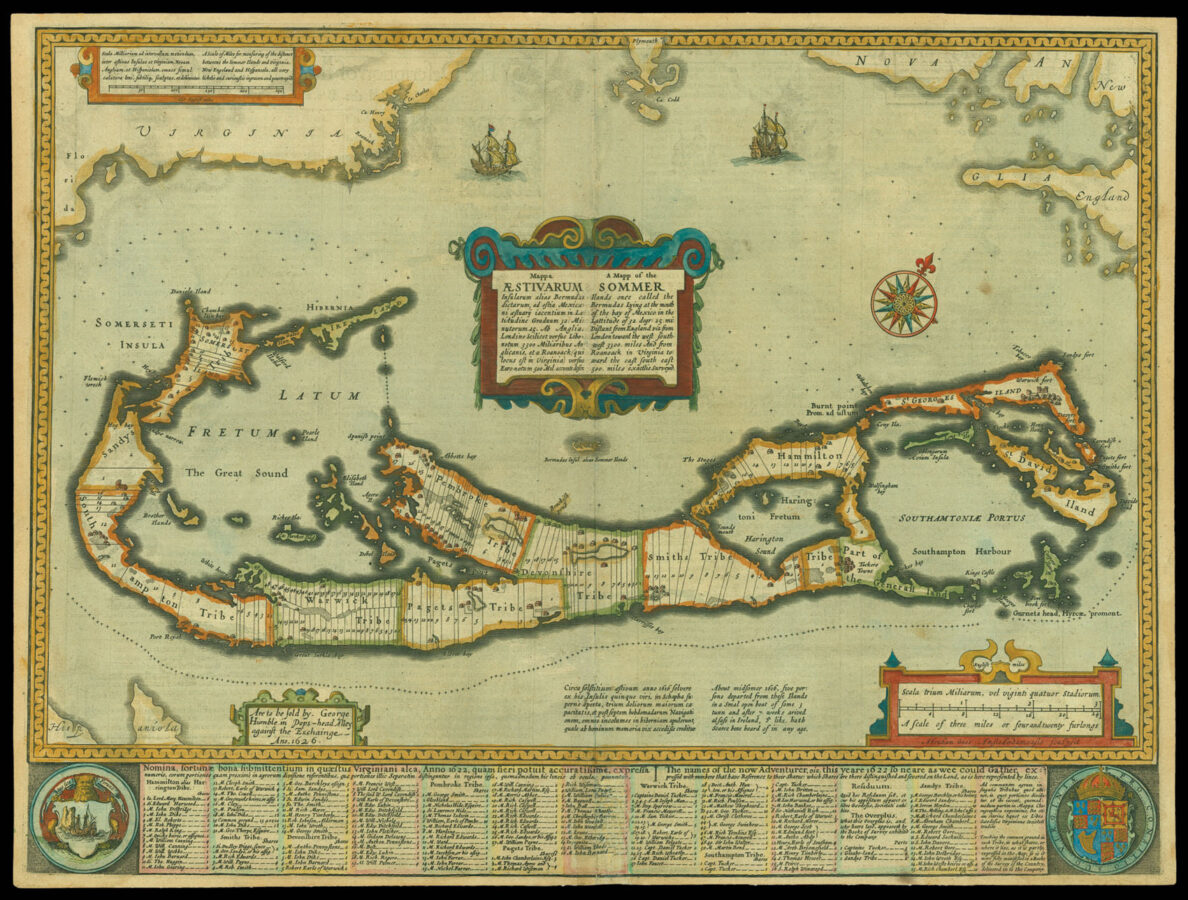 Speed’s map of the Bermudas

A Mapp of the Sommer Ilands once called the Bermudas.

A map showing Bermuda and other Caribbean islands, after a 1622 map by Richard Norwood. This was the first English printed map of Bermuda and showed the island’s divisions into tribes and shares for the first time. The Bermudas were then called the Somer Islands after Admiral George Somer, an English navigator who was forced to land there in 1609 while on a relief mission to the English colony at Jamestown. His crew lived there for ten months and laid the foundations of the English colony. They eventually built new ships and continued to Jamestown, where they provided vital support to the colonists there. Somer died on Bermuda a year later on his return journey. Richard Norwood was brought to Bermuda by the Somer Islands Company in 1613 in an attempt to adapt a diving bell he had invented for pearl diving. Although this venture failed, he was commissioned to survey the island group. All the land outside of the Company holdings was divided it into eight areas called tribes; these were then subdivided into 25 acre allotments called shares. Individuals were not meant to own more than ten shares in any given tribe.