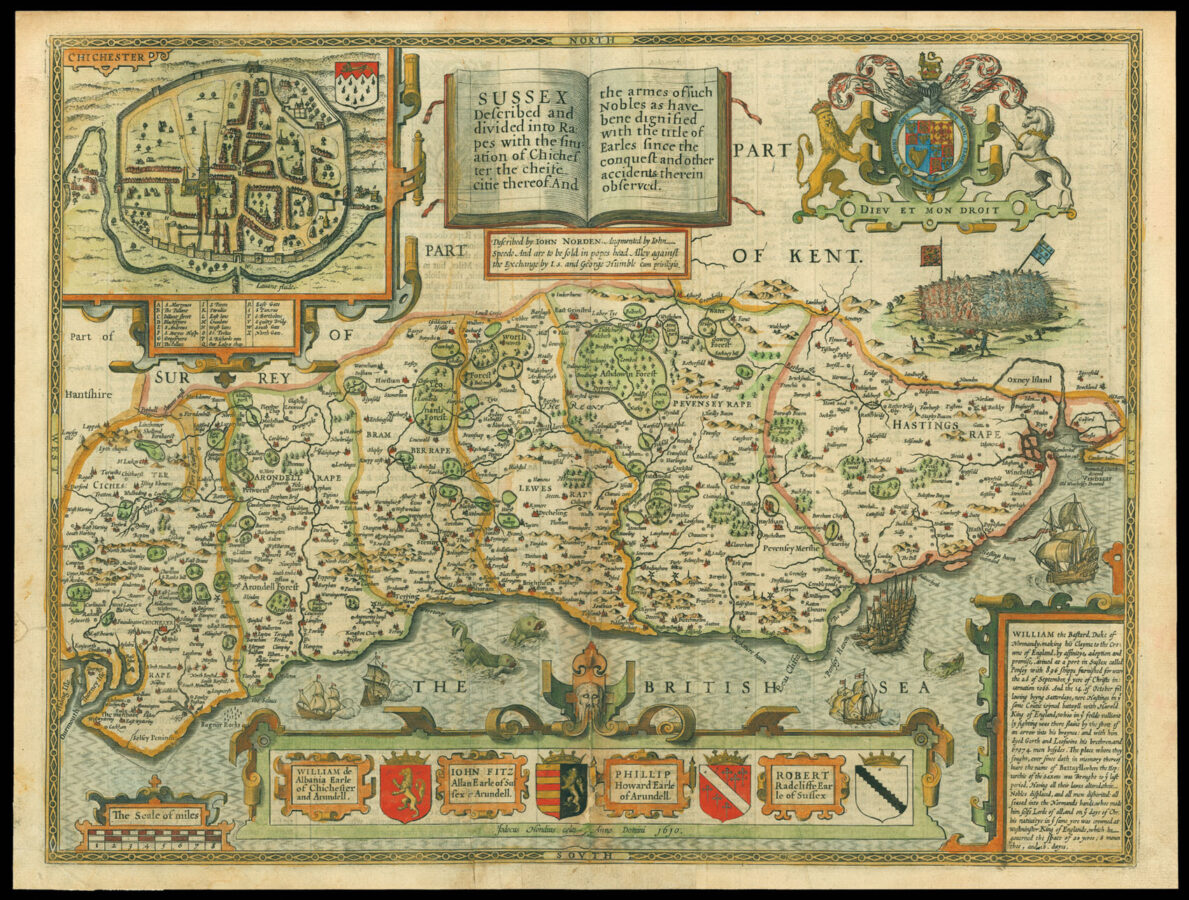 Sussex described and divided into rapes with the situation of Chichester the chiefe citie thereof and the armes of Nobles as have bene dignified with the title of Earles since the conquest and other accidents therein observed.

A map of Sussex, with an inset map of Chichester, and a vignette of and text about the Battle of Hastings between Harold Godwinsson and William the Conqueror, to whom Speed gives the earthier name of William the Bastard. William’s fleet is visible in the Channel.

John Speed (1552–1629) was the outstanding cartographer of his age. His ​‘Theatre of Great Britain’ was the first atlas of the British Isles: Speed prepared the maps himself about two years before they were published. His maps and books dominated the seventeenth-century English market. The present map is taken from the 1627 English edition published by George Humble