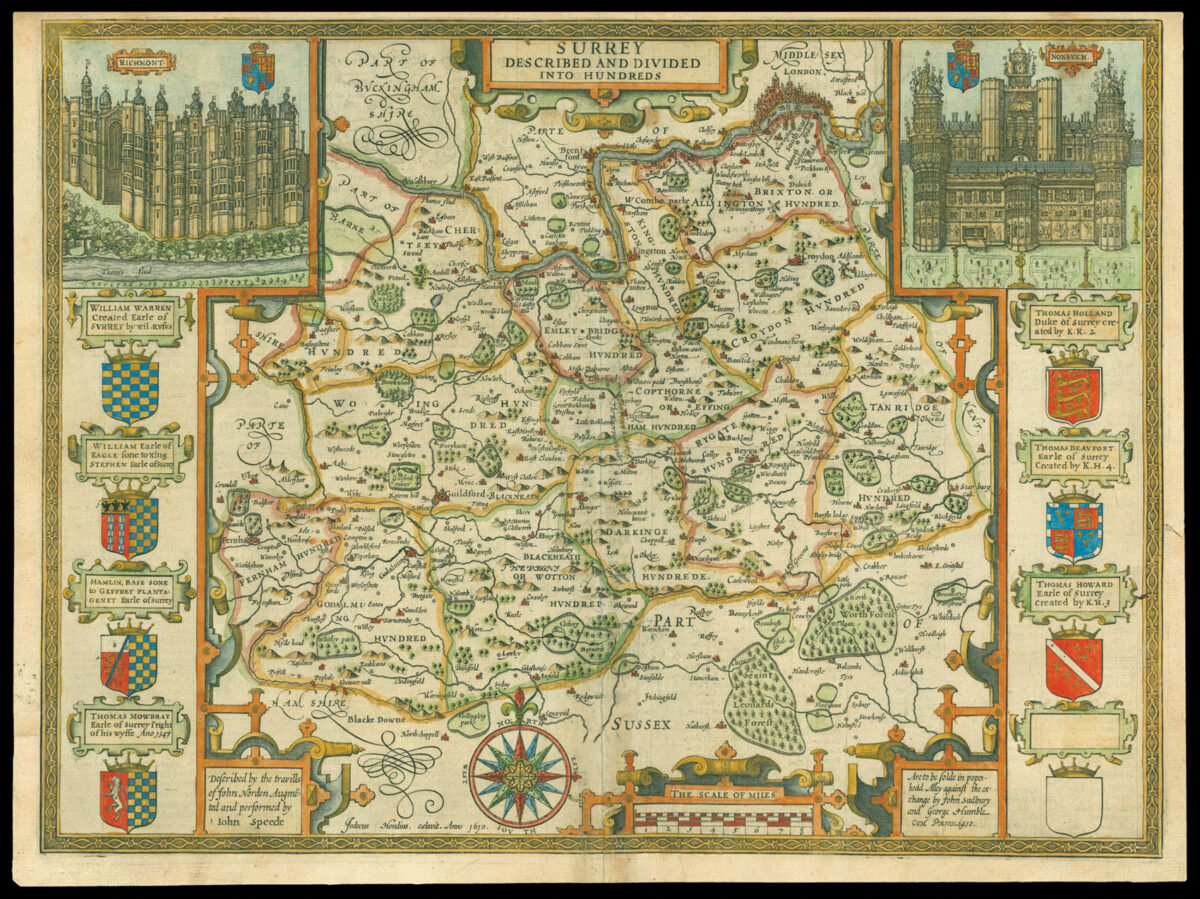 Surrey described and divided into hundreds.

A map of Surrey, with inset views of the palaces of Richmond and Nonsuch, both royal Tudor residences which were demolished by the end of the seventeenth century. Nonsuch was given by Charles II to Barbara, Countess of Castlemaine, who then tore it apart to pay gambling debts; Richmond was sold by Parliament after the execution of Charles I.