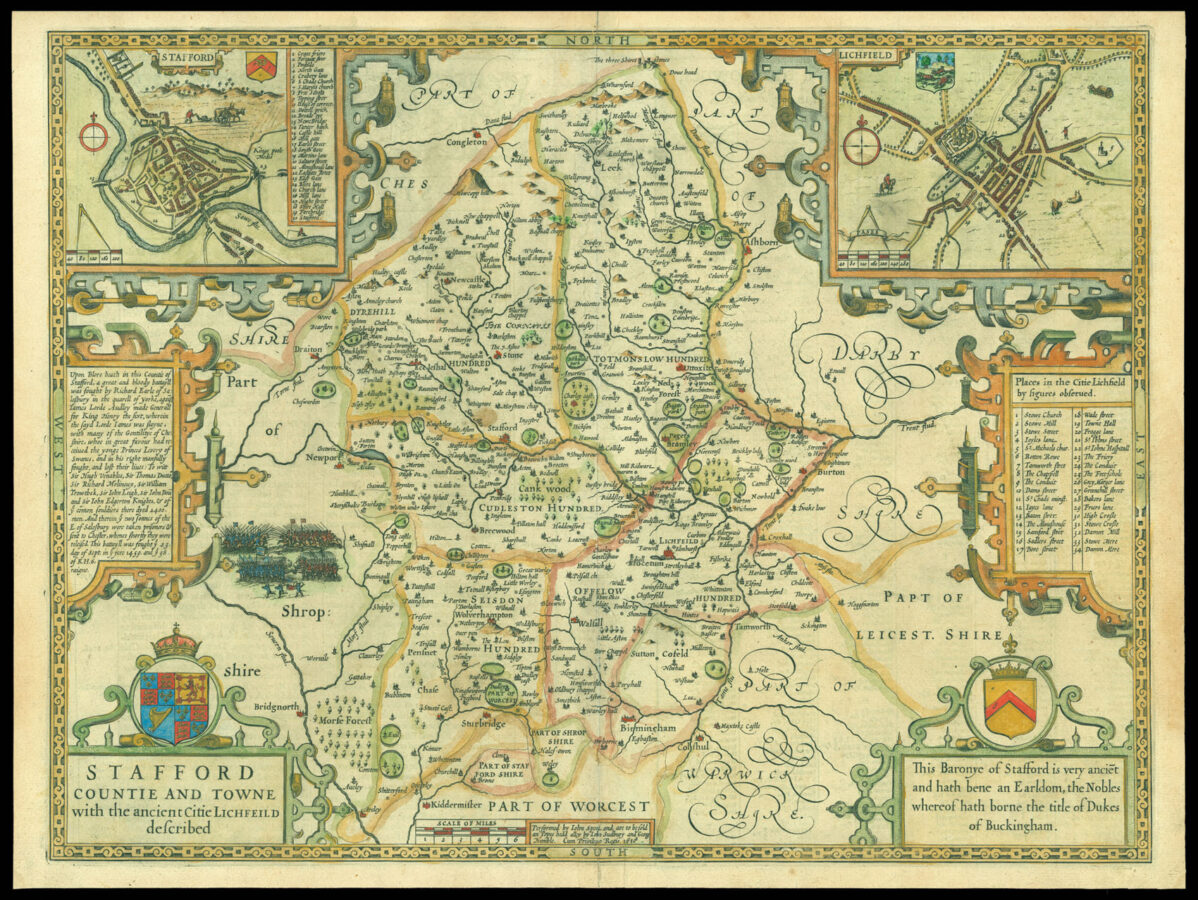 Stafford Countie and Towne with the ancient Citie Lichfield described.

A map of Staffordshire, with inset maps of Stafford and Lichfield. To the left is a vignette and description of the Battle of Blore Heath.