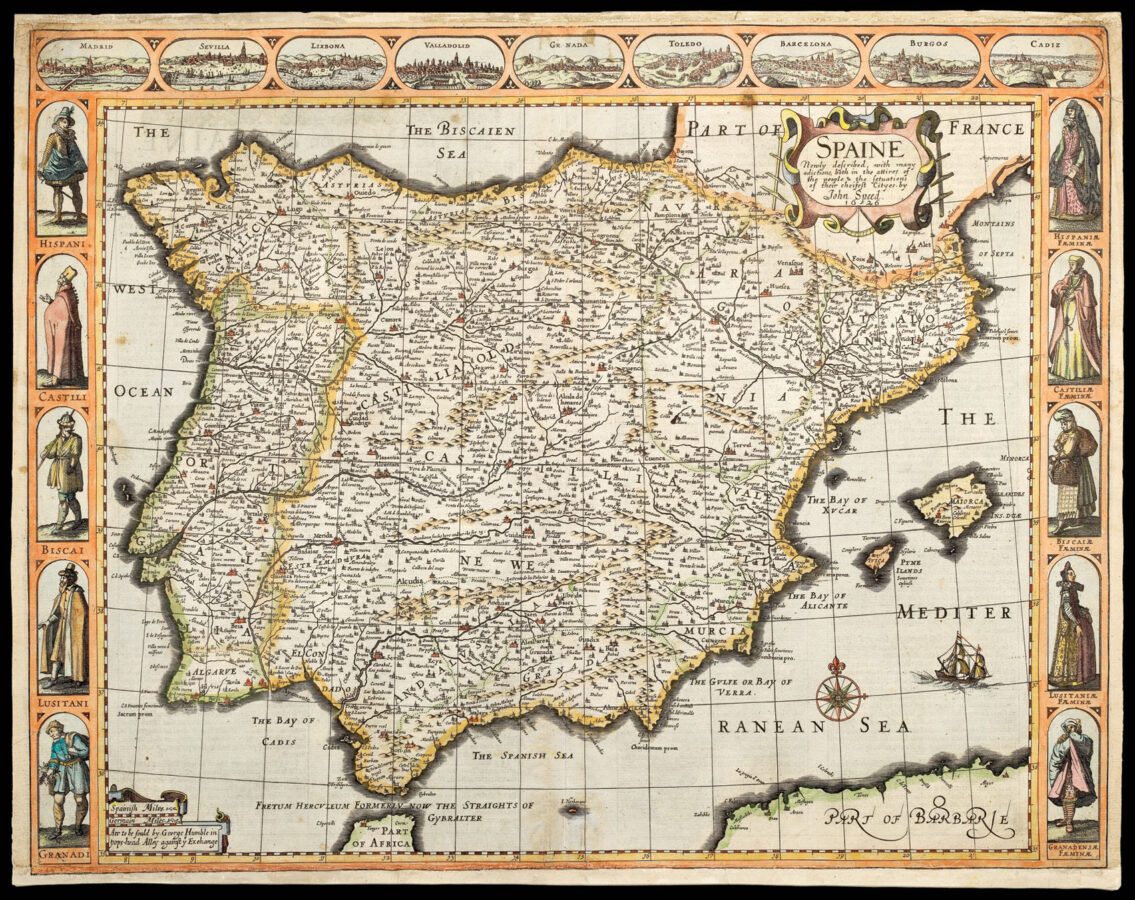 A map of Spain, with a decorative border containing depictions of Spaniards in regional costume. The Balearics appear marked as the ​‘Pyne Ilands’.