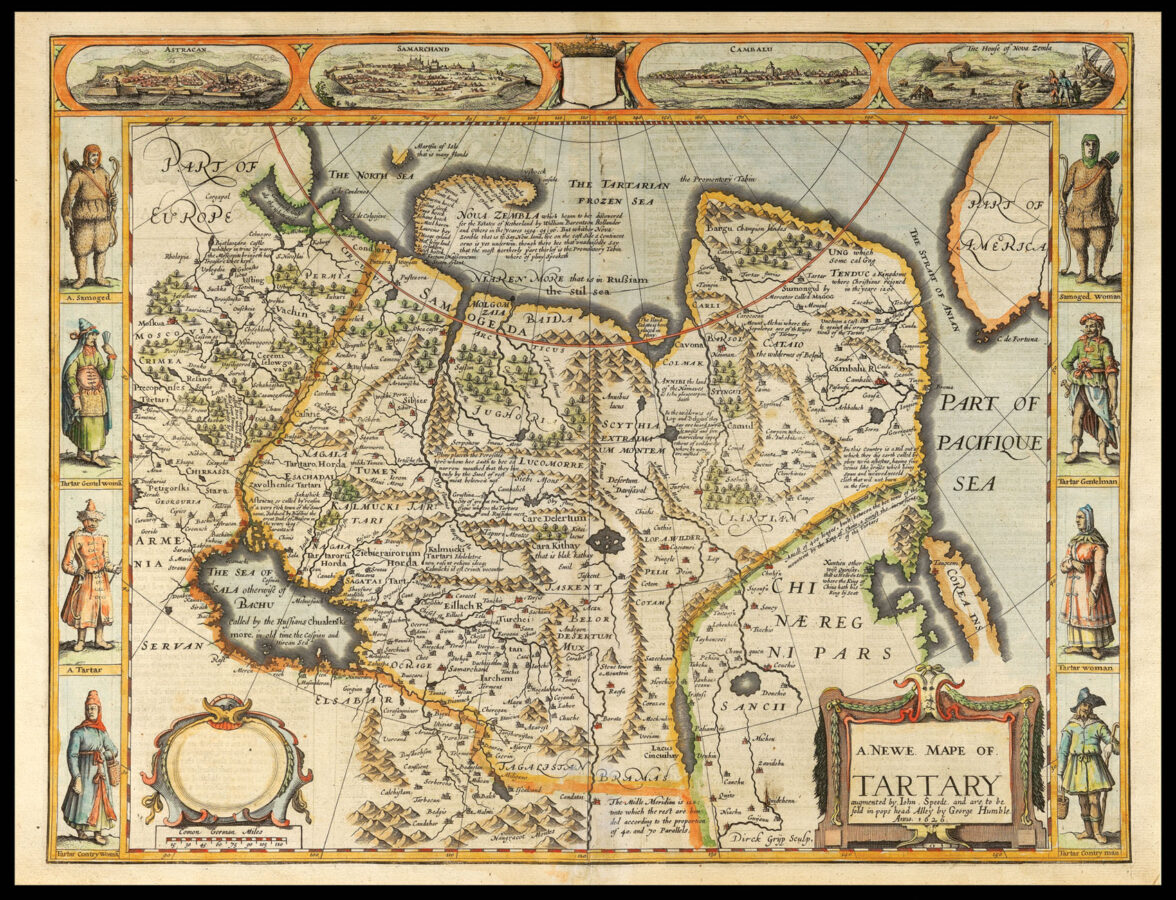 A Newe Mape of Tartary Augemented by John Speede

A map of Russia, with a decorative border showing the native costumes of different regions and views of principal cities. One of the cartouches at the top shows the house built on Nova Zembla by the crew of Willem Barentsz’s 1596 expedition, when they were stranded there after being stuck in pack ice. The crew spent the winter on the ice, trapping Arctic foxes for food and sleeping with warmed cannonballs to survive. One of their encounters with polar bears is shown in the vignette.