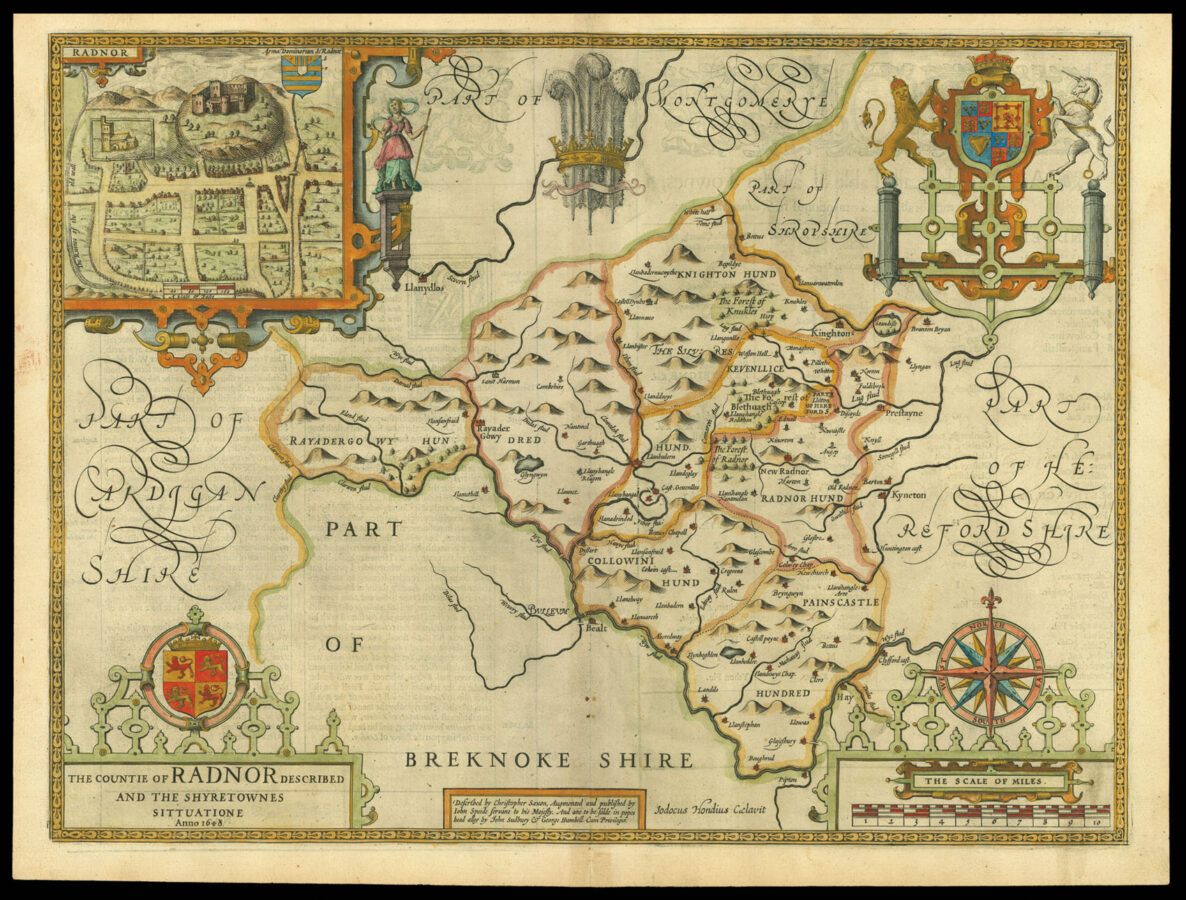 A beautifully coloured map of the historic county of Radnorshire, now Powys, with an inset map of Radnor.