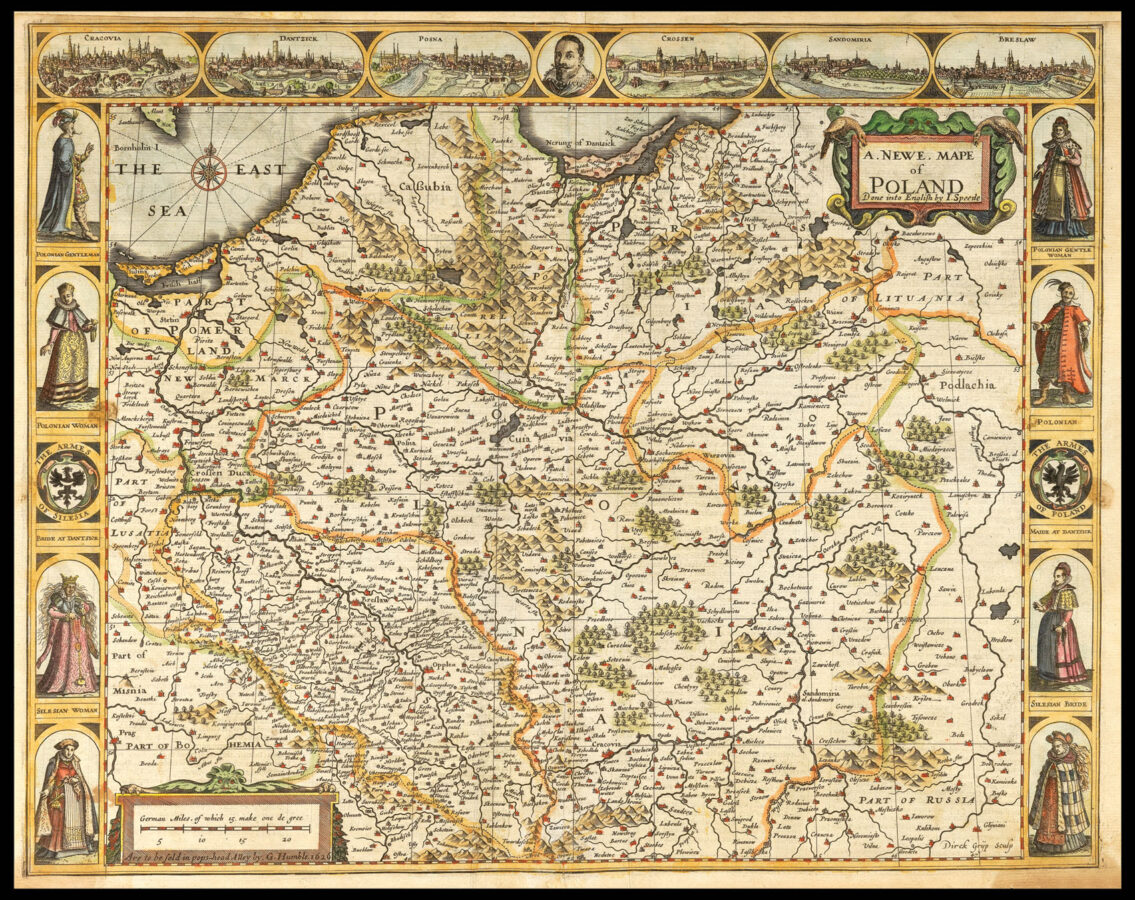 A Newe Map of Poland Done into English by I Speede

A map of Poland, with a decorative border containing figures in native costume and city views. The figure in the cartouche at the centre of the top border is presumably Sigismund III of Poland.