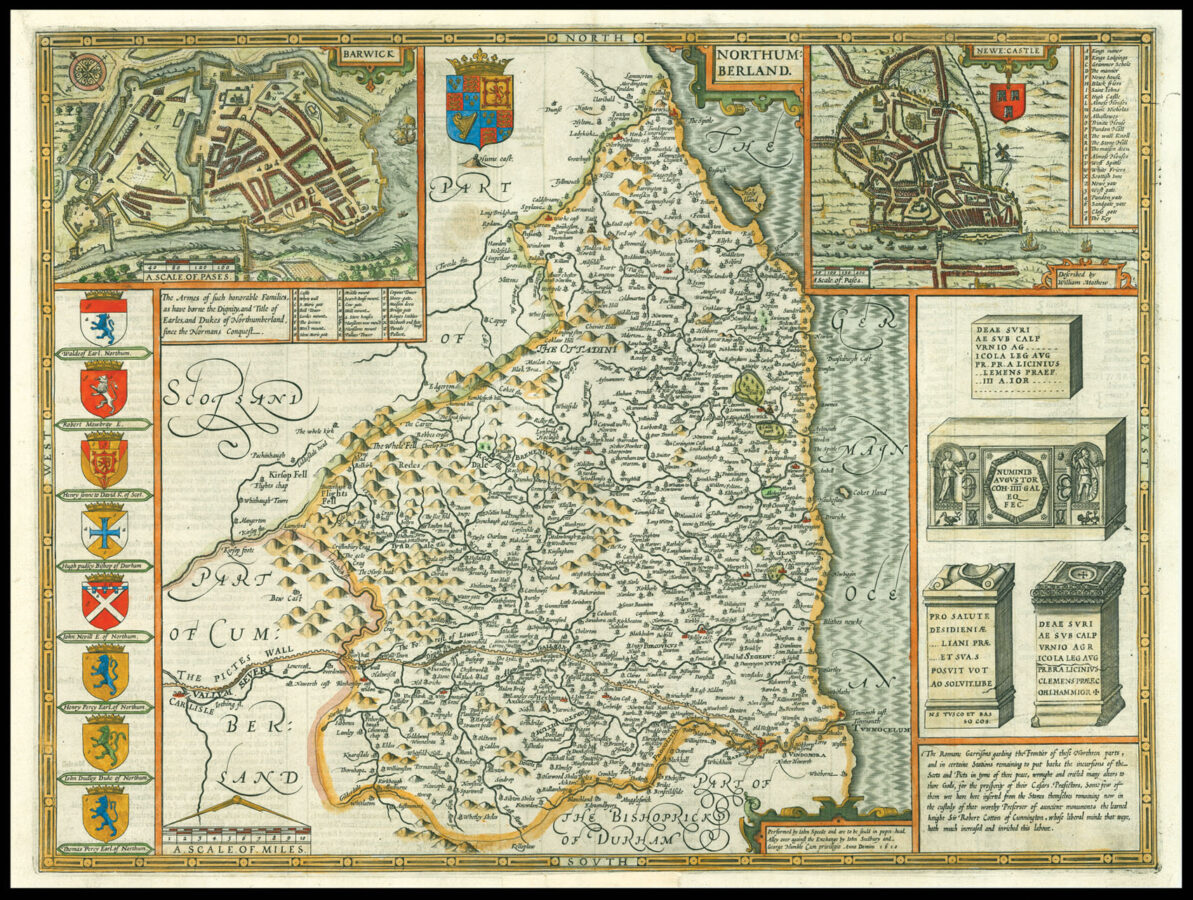 A beautifully coloured map of Northumberland, with inset maps of Berwick and Newcastle, and a side panel showing Roman antiquities. Hadrian’s Wall is visible, marked as ​“the Pictes Wall”.