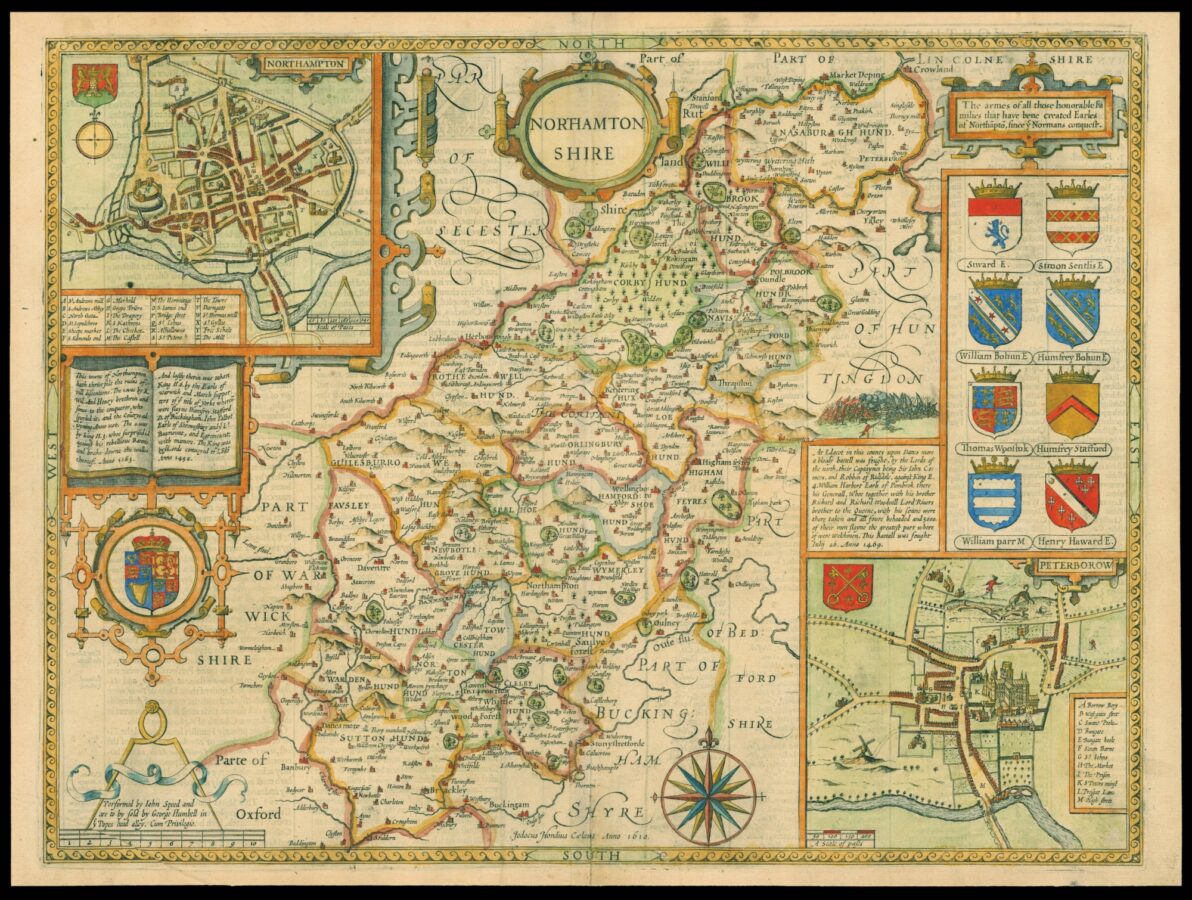 A beautifully coloured map of Northamptonshire, with inset maps of Northampton and Peterborough, and a vignette with text of the Battle of Edgecote Moor, where Richard Neville, Duke of Warwick, defeated Edward IV during the Wars of the Roses. 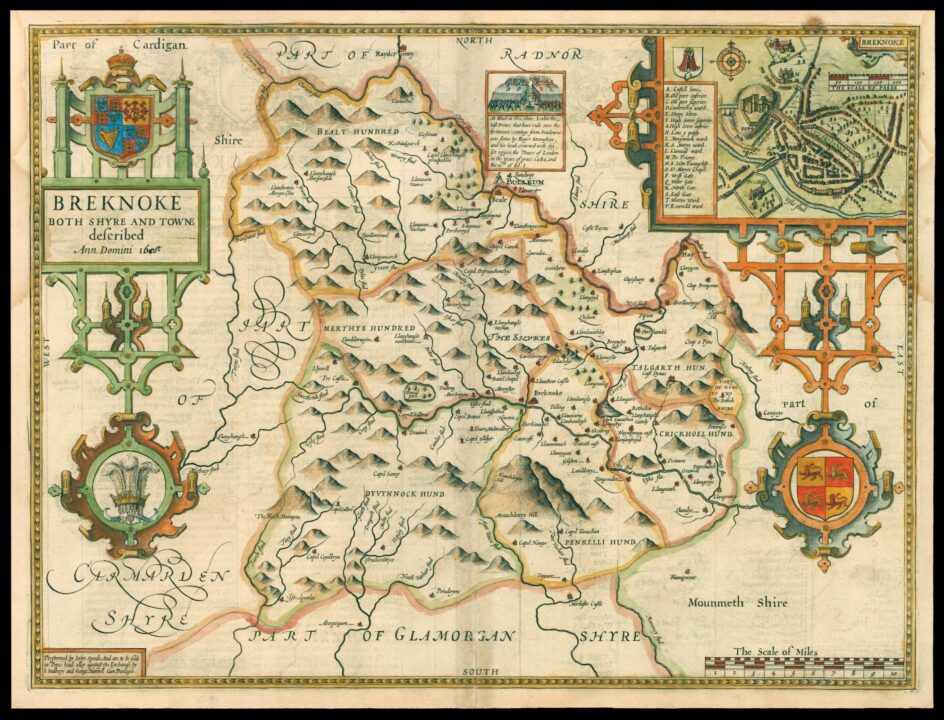