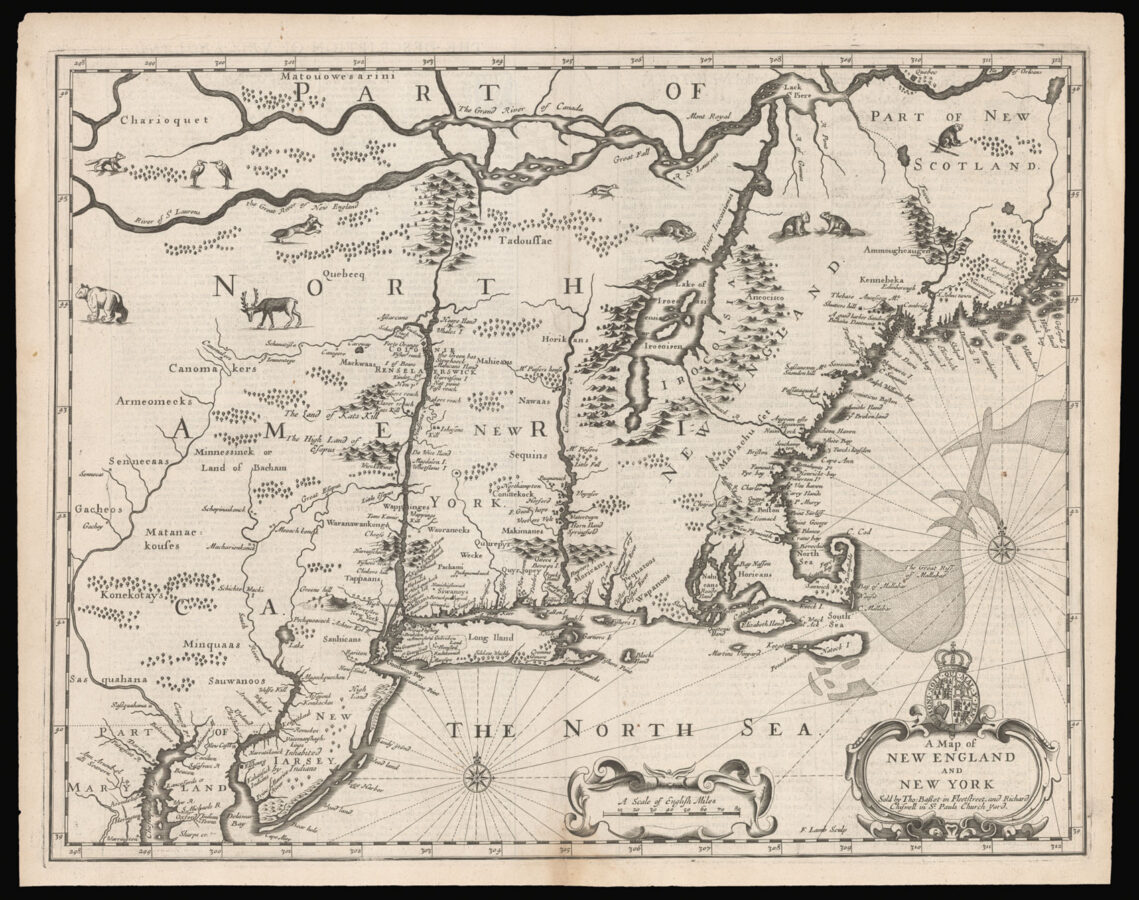 A Map of New England and New York.

A fine and attractive map of New England and New York.

The map is based on Jan Jansson’s map of 1651 with many of the Dutch names anglicised. It also includes elements from Nicolaas Janszoon Visscher’s map of 1655, including the notation of ​“Zuyder Zee” below Cape Cod, which is translated as ​“South Sea” in the present map. The map also draws from Augustine Herrman’s map of 1673[74] with the narrowing of the Delaware peninsula.

This map is one of the first that uses the term New York for both the state and the city of Manhattan, which was formerly known as New Amsterdam, reflecting the new British control of the former Dutch colony as of 1674. Boston is also included for the first time, as is New Jersey (New Iarsey).

The map reflects several inaccuracies — Cape Cod, for example, is shown as being almost at the same latitude as New York City — many of which are drawn from earlier 17th century prototype maps by Samuel Champlain, Adrien Block, and others.

There are a number of animals depicted throughout the map, including deer, cranes, foxes, and beavers, which were important to the regional fur trade of the 17th century.

The text on the verso includes descriptive information on the region, although there are some versions with no text – these were likely offered separately for those interested in the specific area and not the full atlas.