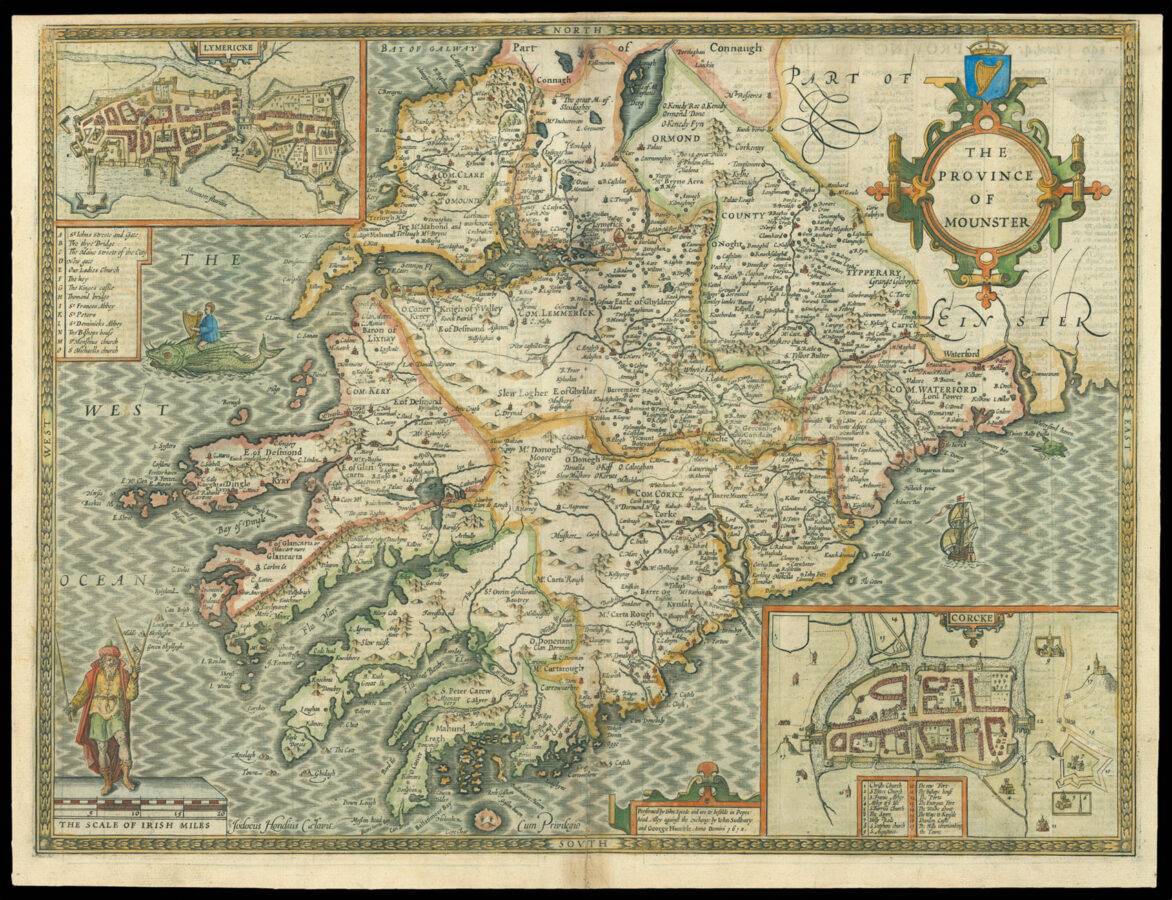 A map of Munster, with inset maps of Cork and Limerick.