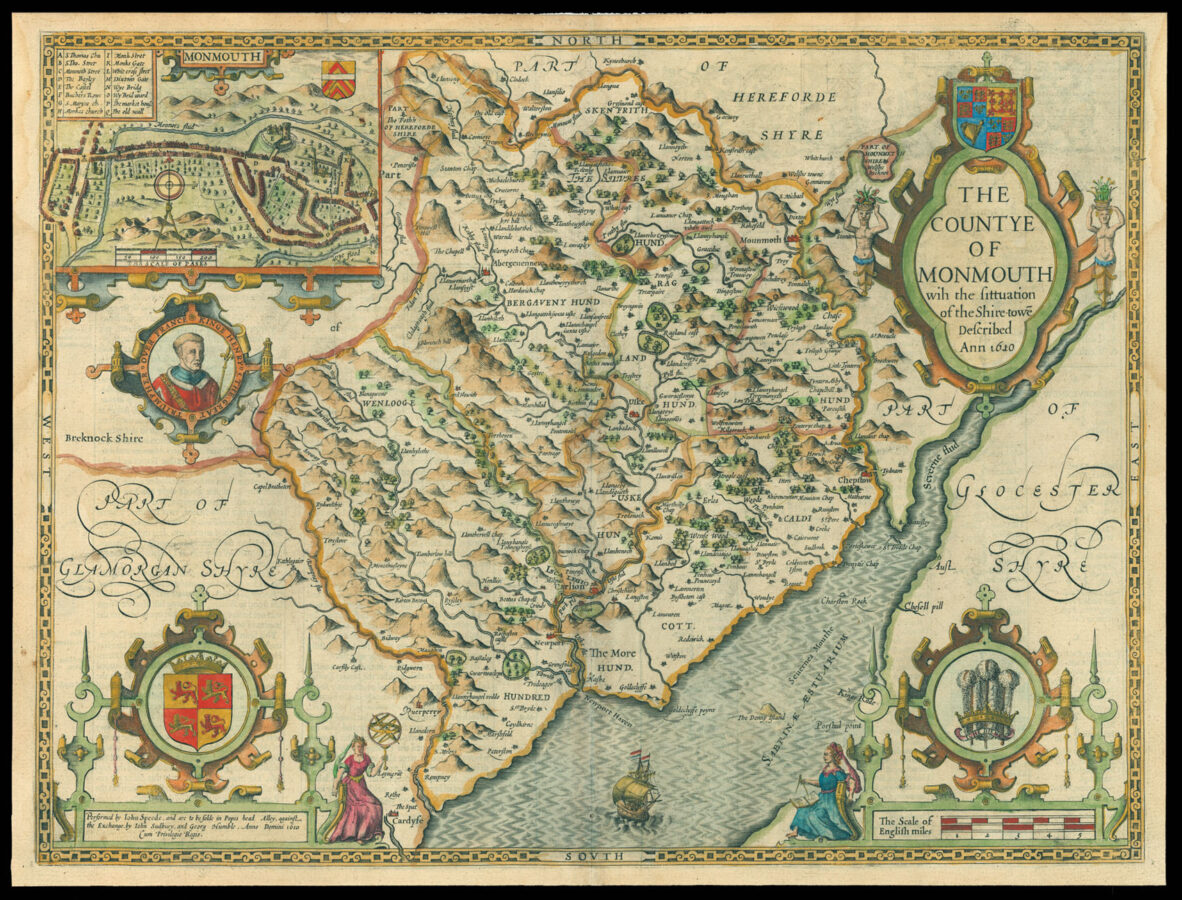 A beautifully coloured map of Monmouthshire, with an inset map of the city of Monmouth and a cartouche showing Henry V, who defeated the French at Agincourt.