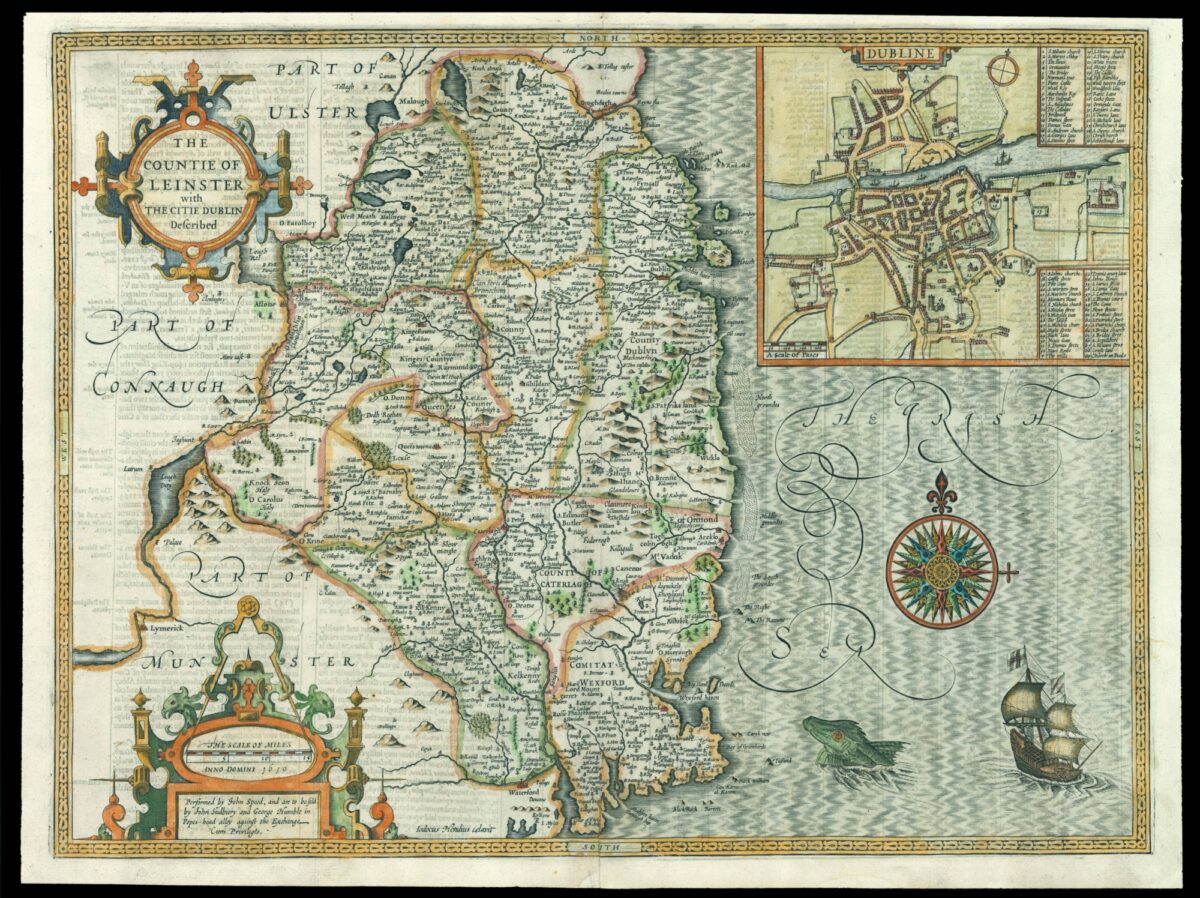 The countie of Leinster with the citie Dublin described

A map of Leinster, with an inset map of Dublin.

John Speed 1665
The Kingdome of Great Britaine and Ireland.