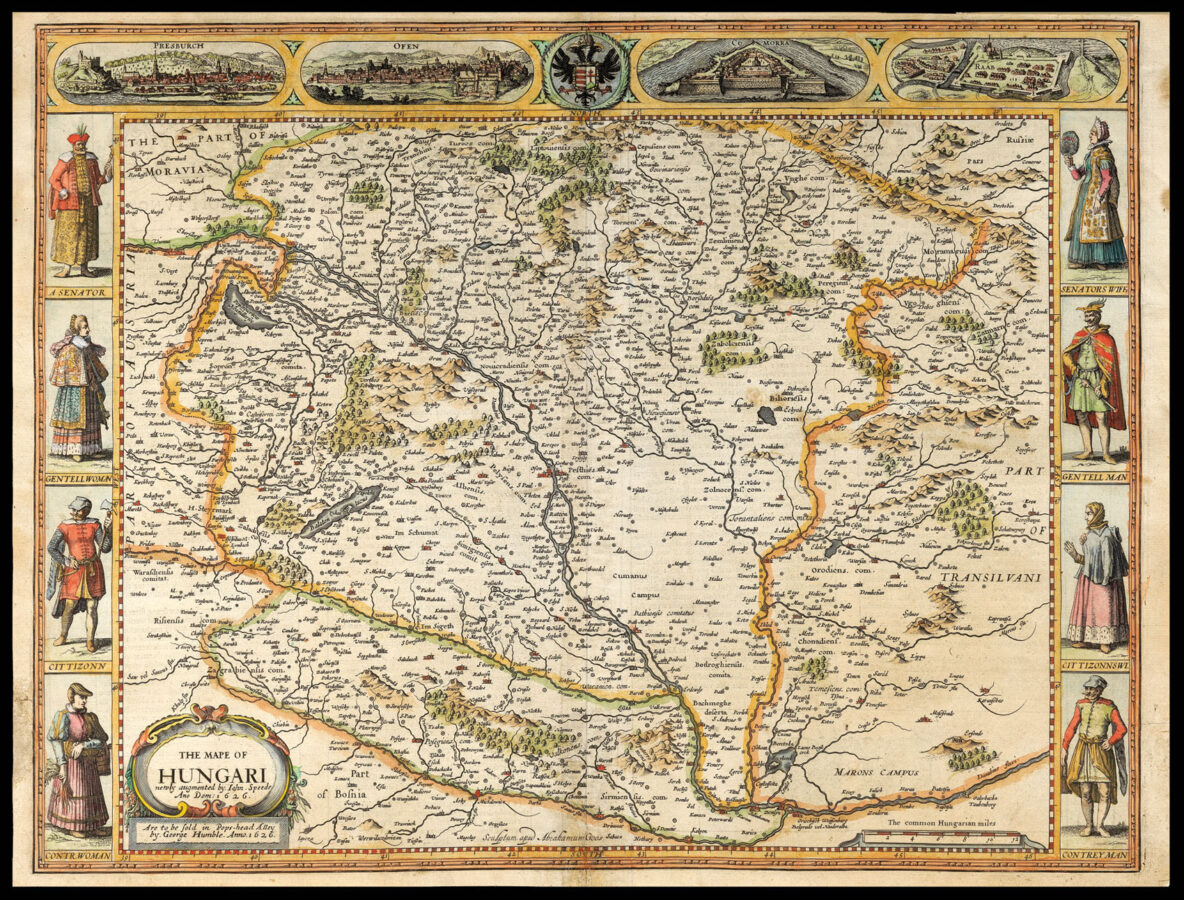 A map of Hungary and part of modern Slovakia, with a decorative border showing the native costumes of different regions and views of principal cities, surmounted by the arms of the Holy Roman Emperors.