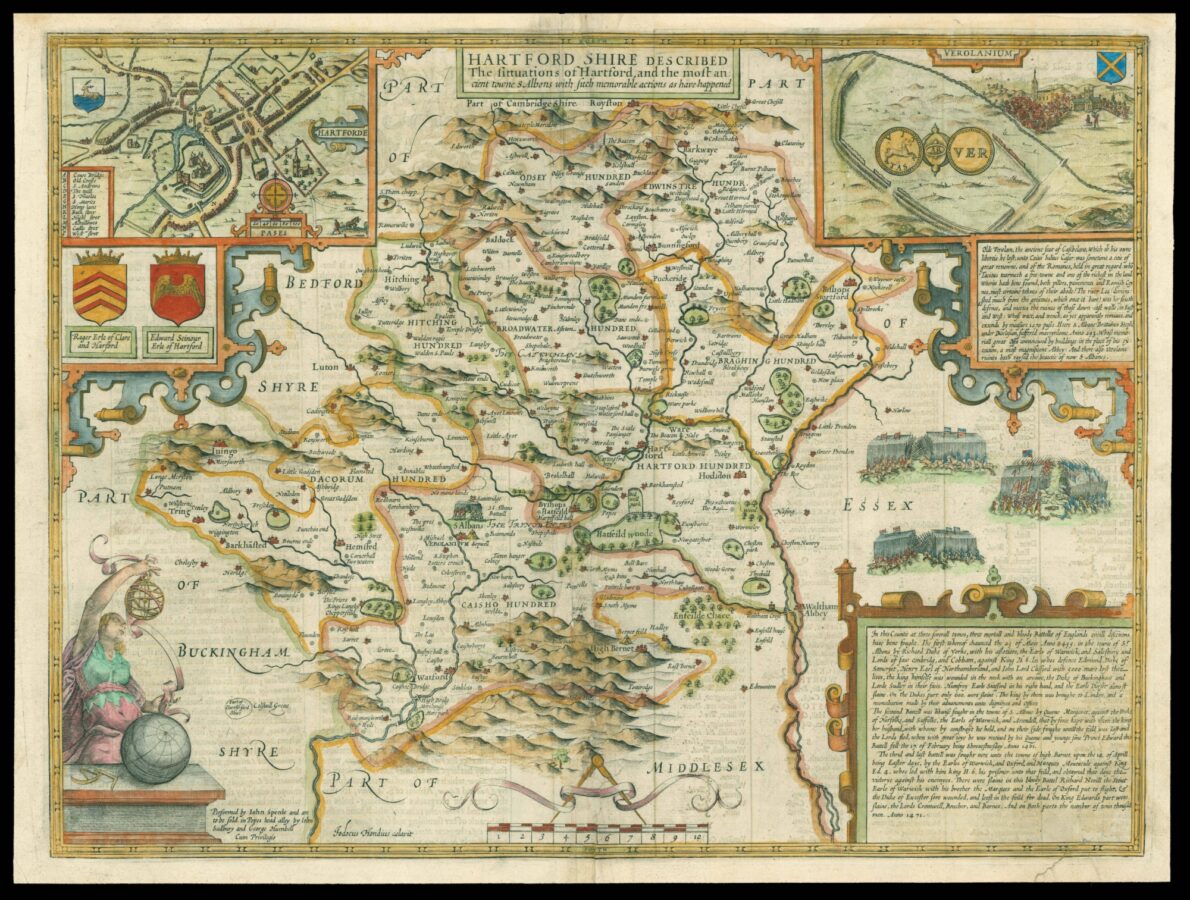 [Hertfordshire] Hartfordshire described, the situations of Hartford and the most ancient towne St Albane with such memorable actions as have happened.

A map of Hertfordshire, with inset maps of Hertford and the Roman settlement of Verolanium, now St Albans. The text underneath refers to Cassivellaunus, an Ancient British king who was popularly supposed to have used Verolanium as a stronghold, and his defeat by Julius Caesar.