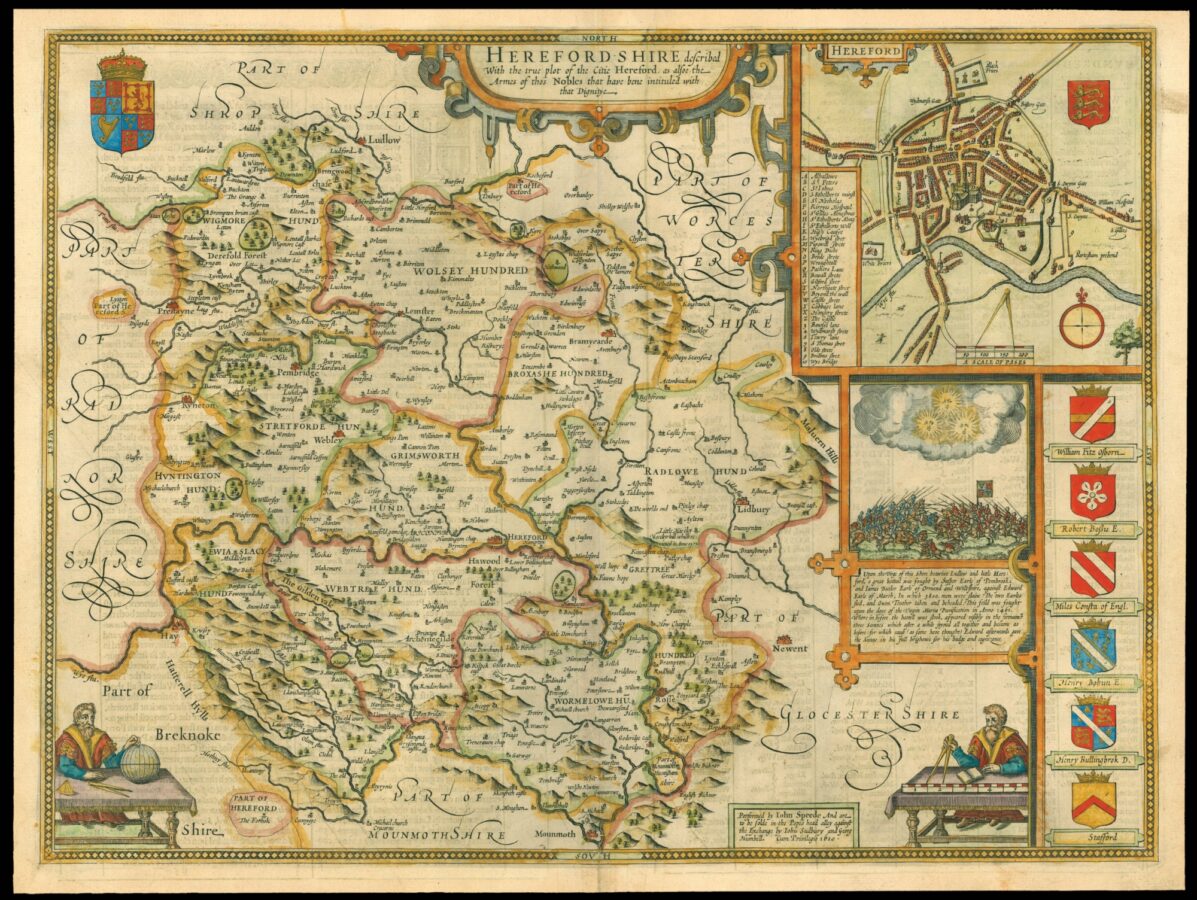 Herefordshire described with the true plot of the citie of Hereford as alsoe the armes of those nobles that have been intitled with that dignity.

A beautifully coloured map of Herefordshire, with an inset of the city of Hereford and a vignette of the Battle of Mortimer’s Cross, a key battle in the Wars of the Roses. The picture shows the omen seen before the battle: three suns (a phenomenon known as a sundog, or parhelion) appeared in the sky.