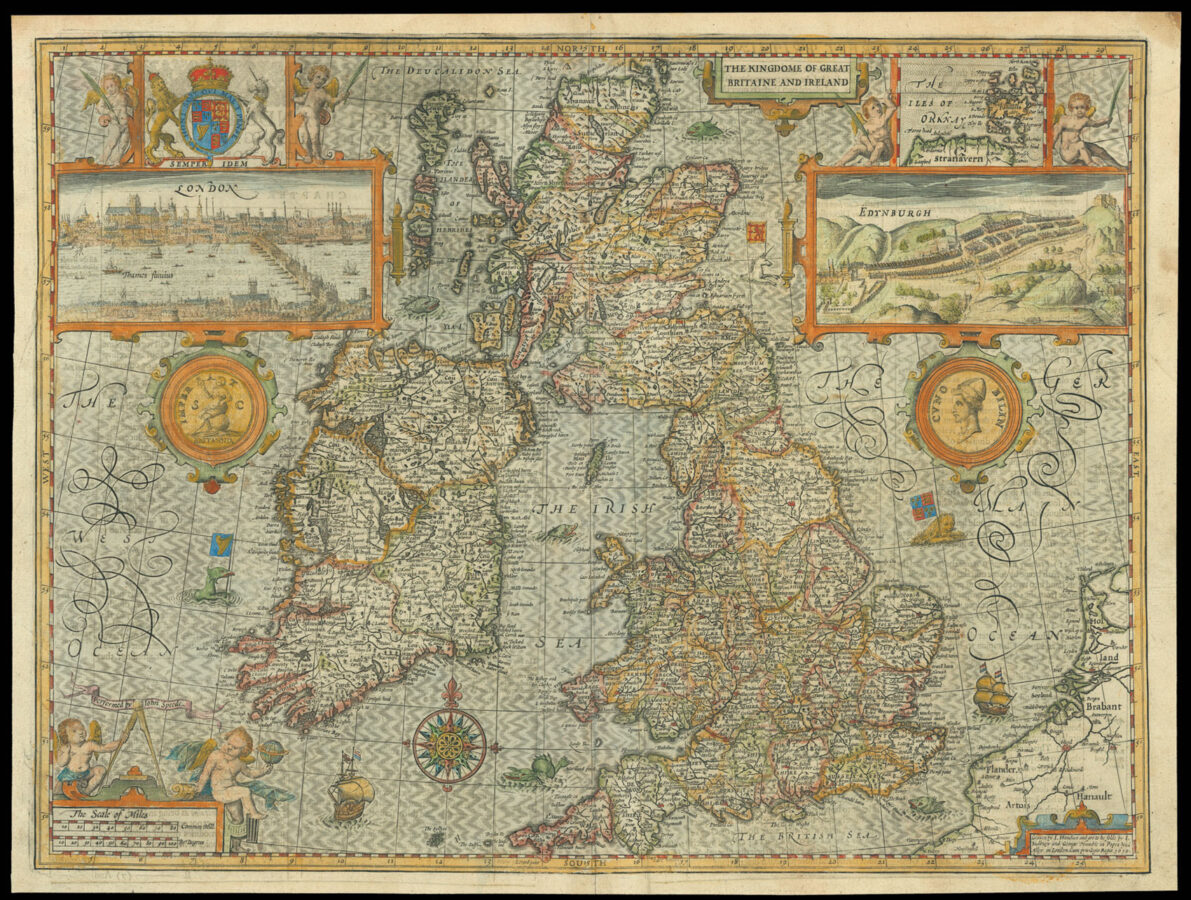 The Kingdome of Great Britaine and Ireland

A map of Great Britain and Ireland, with inset views of London and Edinburgh and a map of the Orkneys. The pendants to the views are each side of a coin issued by Cunobeline, an Ancient British king, later immortalised by William Shakespeare in his play Cymbeline, produced for the first time the year before Speed’s work was published.