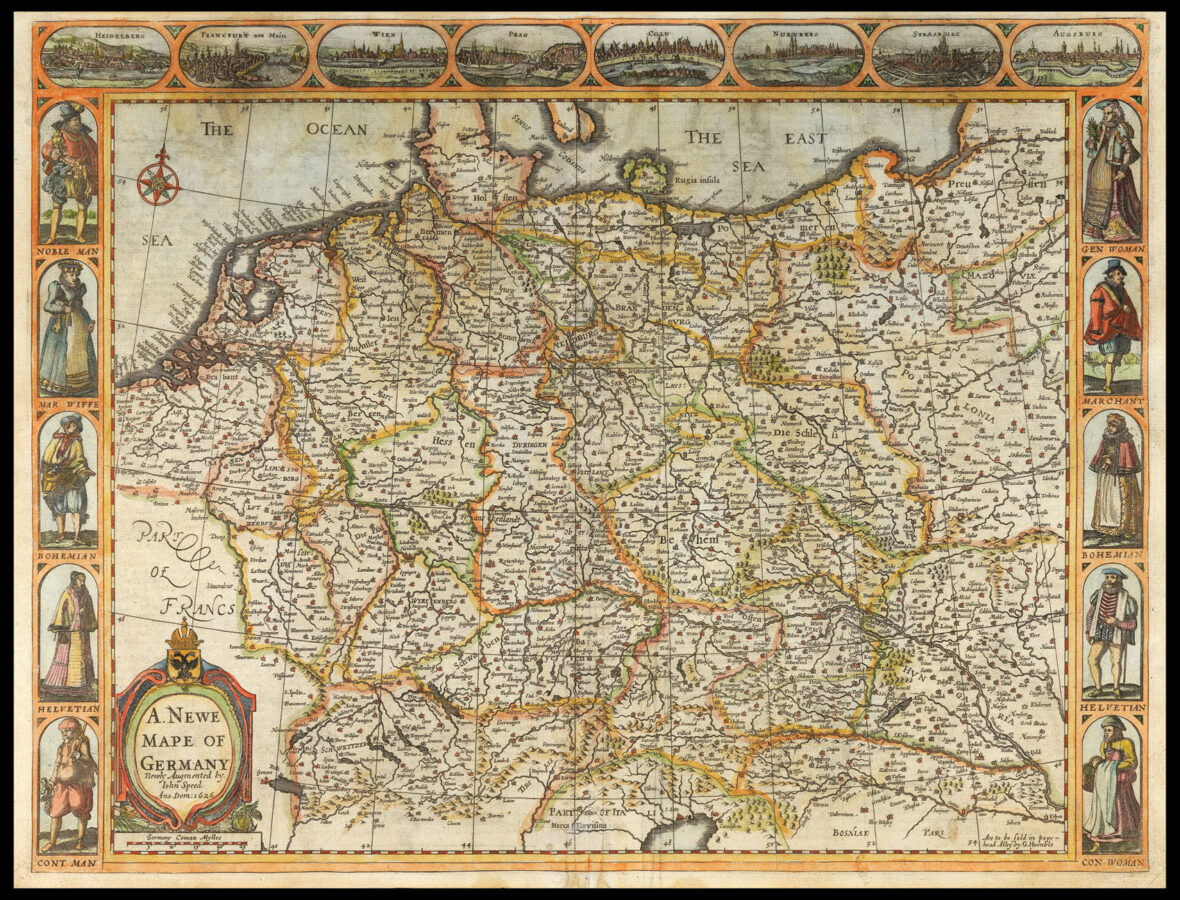 A carte-à-figure map covering Germany and parts of present day Austria, with a decorative border showing the native costume of different regions and views of major cities.

John Speed 1665.
Bedfordshire and the situation of Bedford described with the armes of thos Honourable Familyes that have bourne ye titles of Dukes and Earls thereof.