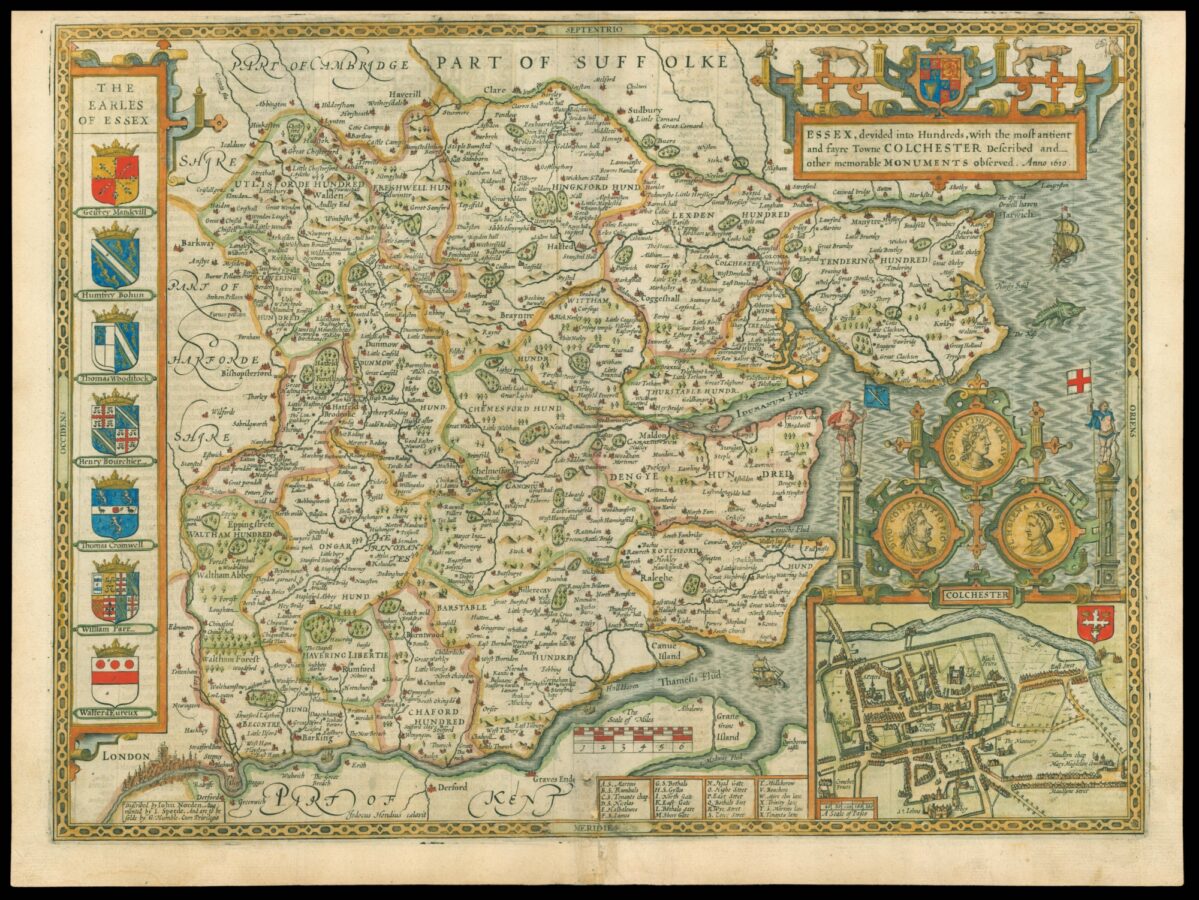 Essex devided into Hundreds, with the most antient and fayre Towne Colchester Described and other memorable Monuments observed. Anno 1610.

A map of Essex, with an inset map of Colchester, and reproductions of three Roman coins or medallions showing Constantine the Great in his dual role as chief priest and emperor, and his mother Saint Helena. Saint Helena is the patron saint of Colchester; some British medieval sources claimed she was British, and that Constantine was born in the city. Colchester’s coat of arms, shown at the upper right corner of the inset map, show the relics of the True Cross and the crowns of the Magi which she supposedly found in Jerusalem.