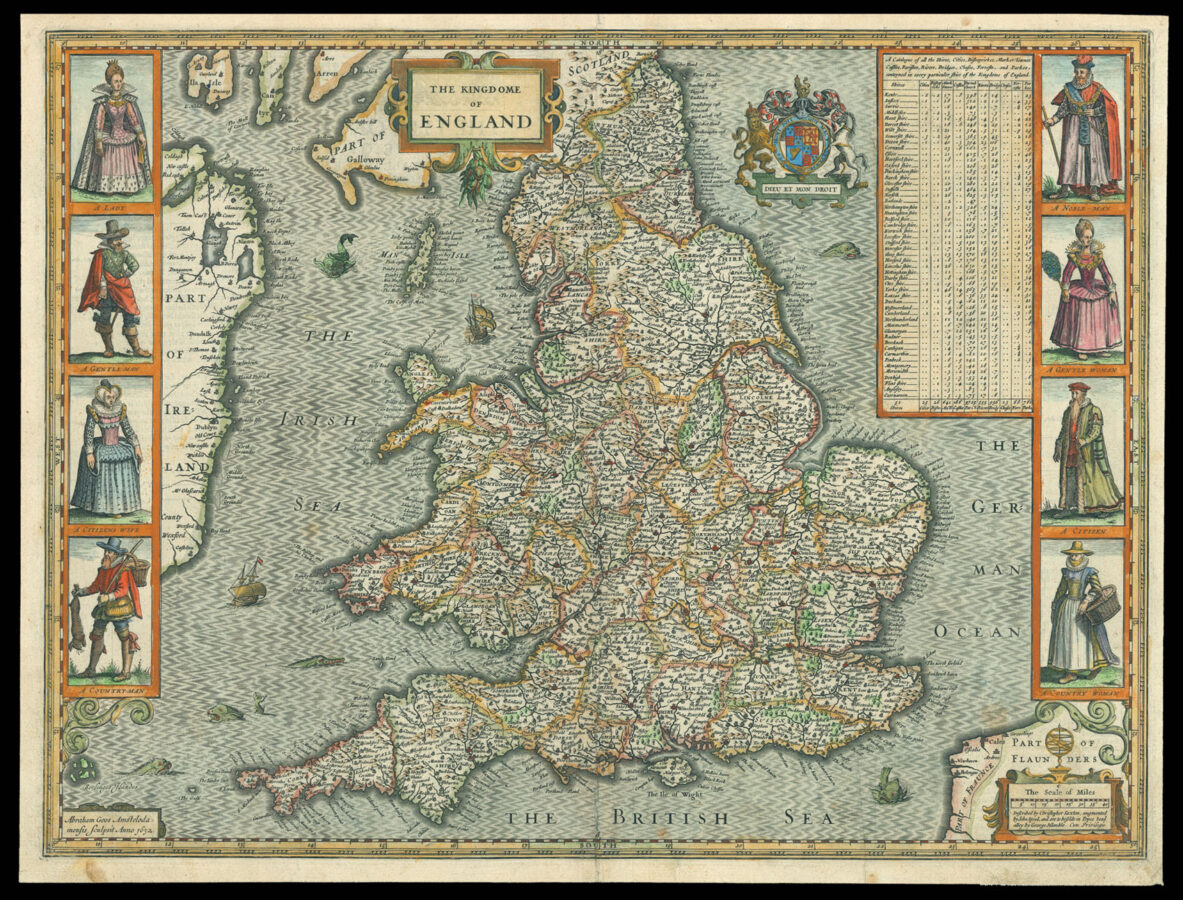 The Kingdome of England

A map of England, bordered by costume vignettes.