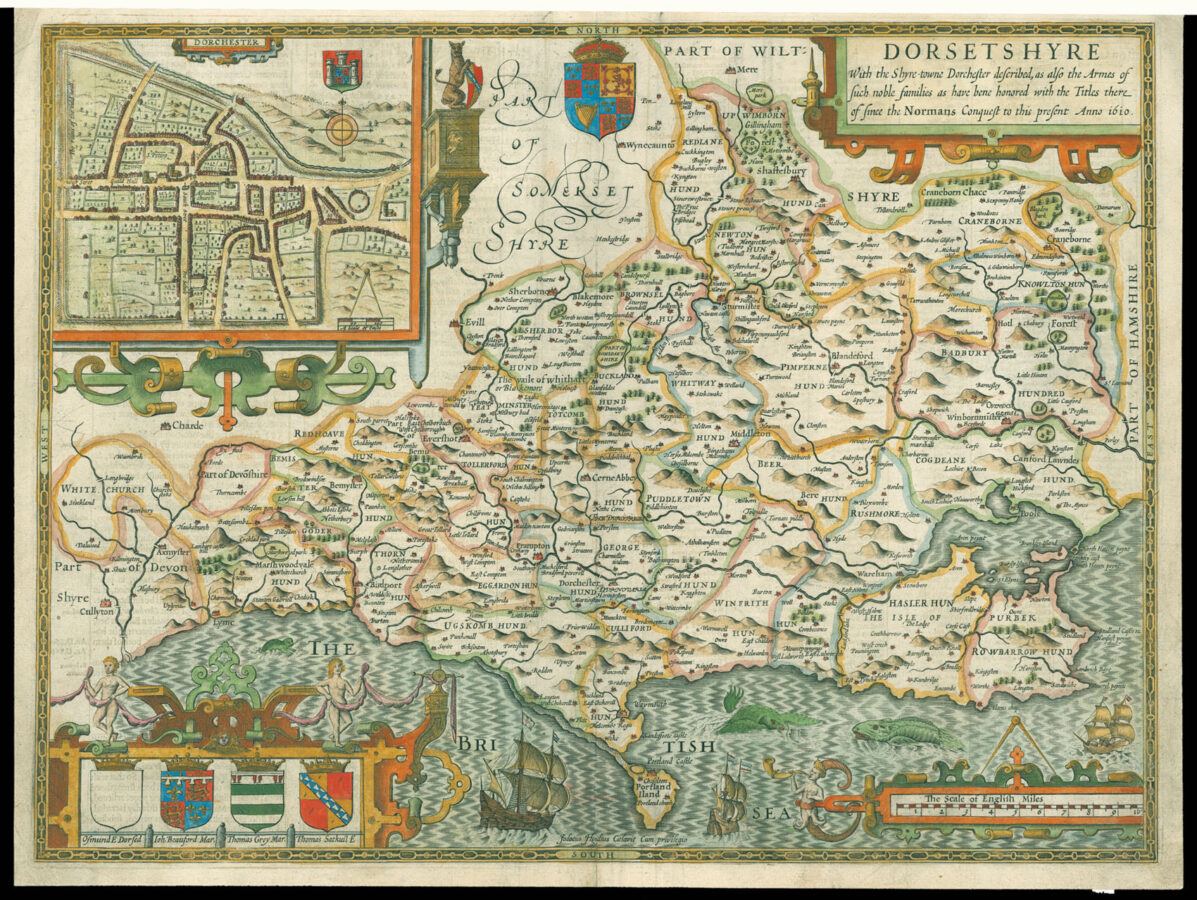 Dorsetshyre With the Shyre-towne Dorchester described, as also the Armes of such noble families as have bene honored with the Titles there of since the Normans Conquest to this present Anno 1610.

A map of Dorset, with an inset map of Dorchester.