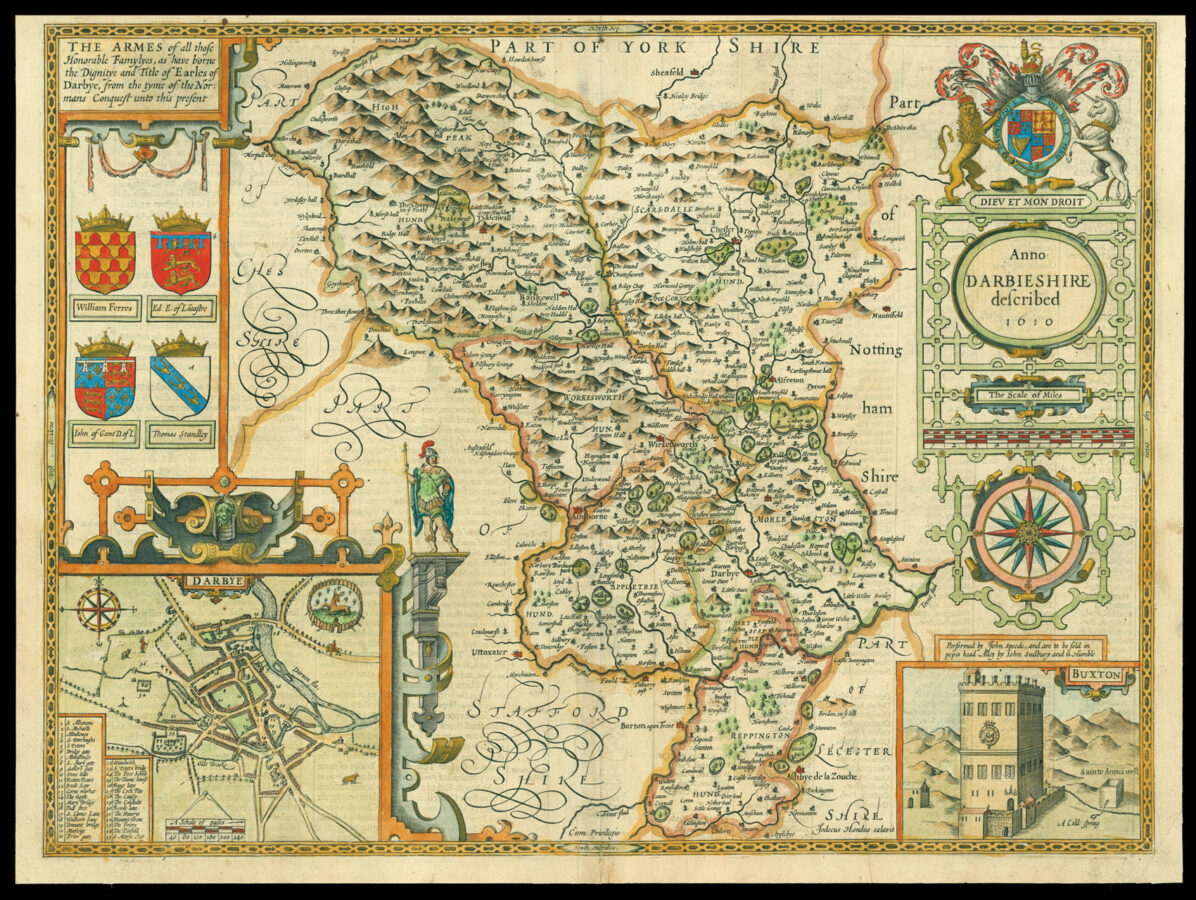 A beautifully coloured map of Derbyshire, with insets of the city of Derby and the springs at Buxton.