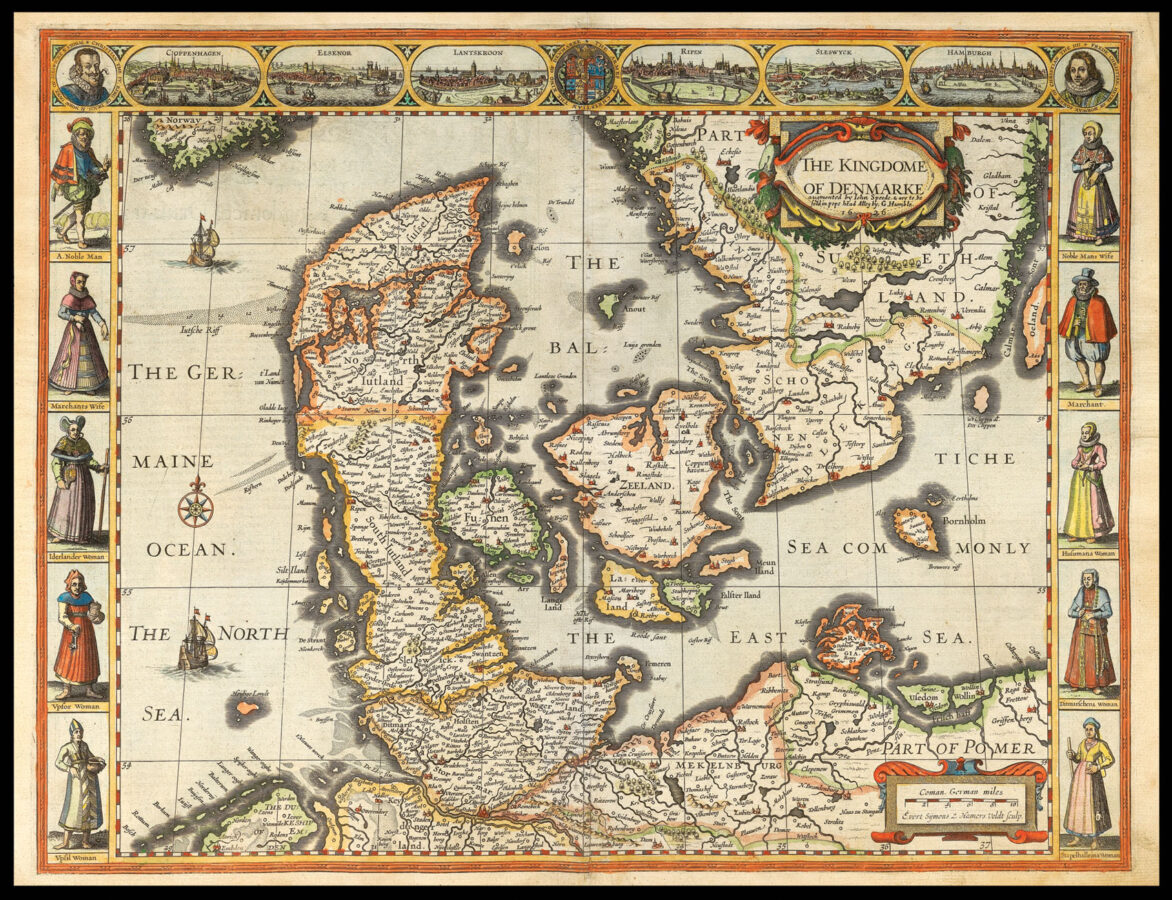 A map of Denmark, parts of Poland and Norway. The upper border contains views of Copenhagen, Helsingør, Ribe, Schleswig and Hamburg. There are two portrait medallions of Christian IV of Denmark and Norway and his son the Prince-Elect Christian, although Speed appears to have amalgamated the Prince-Elect with his younger brother Frederik. The German city of Hamburg is included because of its proximity (and thus its position in trade) to Denmark. The side borders contain local figures wearing native dress.