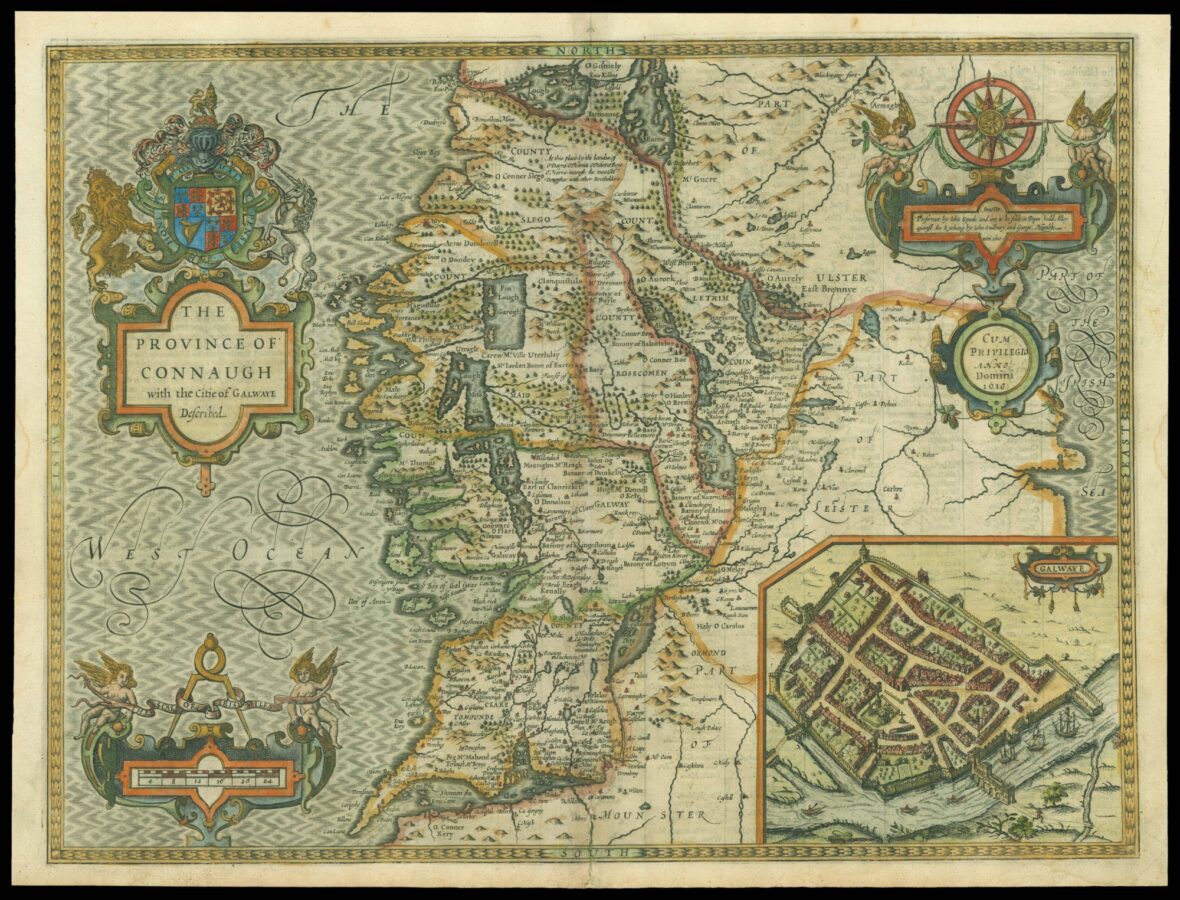 [Connaught] The Province of Connaugh with the citie of Galwaye described.

A map of Connaught, with an inset map of Galway.