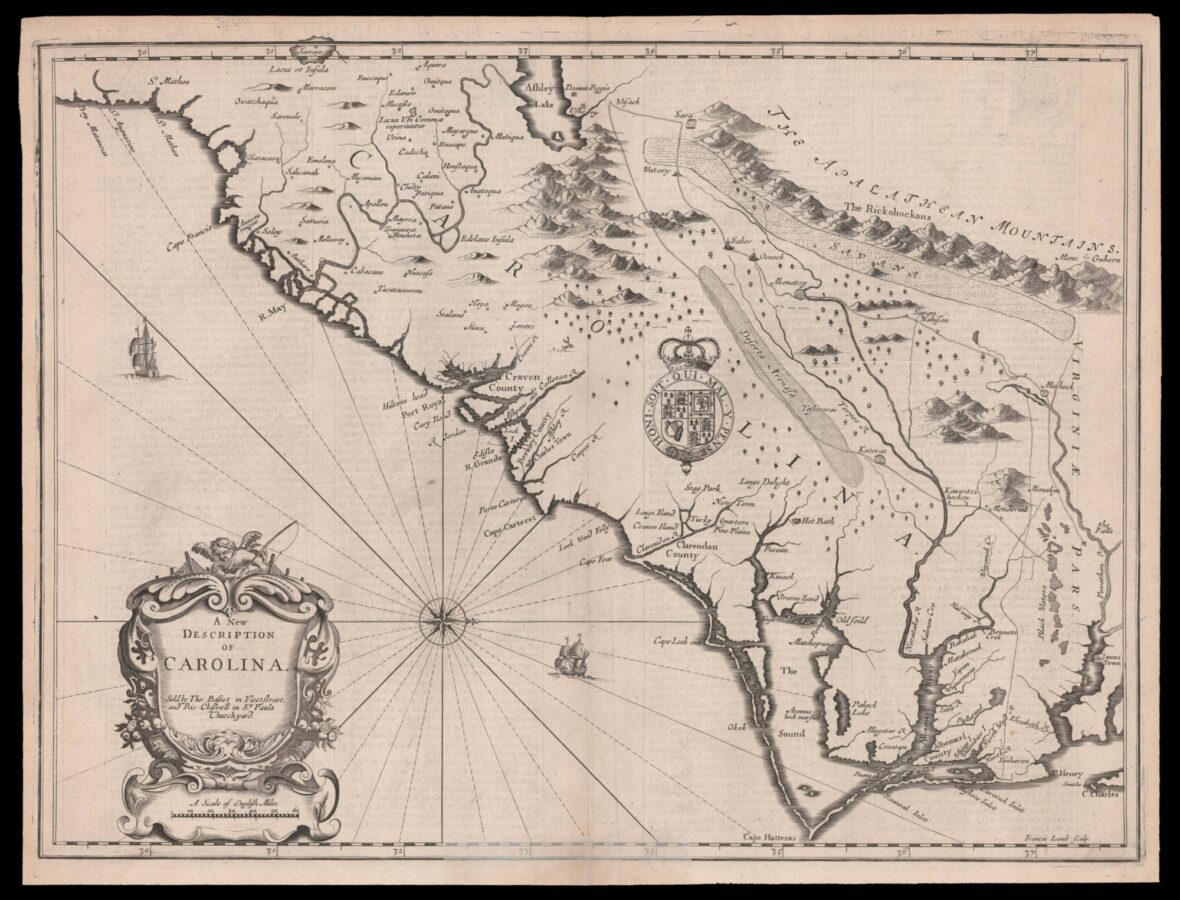 A New Description of Carolina

A fine and attractive map of the Carolina colony.

This map depicts the Carolina colony in 1676 drawing from the Lord Proprietor’s Map by royal geographer John Ogilby and the explorations of John Lederer (fl. 1670–1675). The map orients the West to the top and depicts the coastline from Cape Charles at the mouth of the Chesapeake Bay to the north and St Augustine, Florida to the south. Looking inland, the Appalachian Mountains, marked as ​“Apalathean Mountains”, cut across the top right section of the map. The present map features a cartouche where the Ogilby publication had an inset map of the Ashley and Cooper Rivers.

King Charles II granted eight Lord Proprietors land in North America that extended between 31 and 36 degrees latitude (later extended to 29 degrees). Lederer was a German explorer who travelled West from the East coast of Virginia in hopes of finding the Pacific and the ​“Sea of China” with its associated riches. He never did reach the Pacific — unsurprisingly — but his personal records of his travels influenced contemporary maps. His description of the ​“Arenosa Desert” reflects Lederer’s memory of crossing the Carolina pine barrens in the blistering summer heat. The ​“Great Lake” is likely the Catawba flooded, which he mistook as permanent. In total, Lederer traipsed across Virginia and the Eastern coast three times making it as far as the Blue Ridge mountains. Lederer’s discoveries are recorded in Sir William Talbot’s translation of the explorer’s account from Latin to English and published in London in 1672 as ​“The Discoveries of John Lederer in three several Marches from Virginia, To the West of Carolina.“

On the verso the text describes Lederer’s journeys and discoveries.