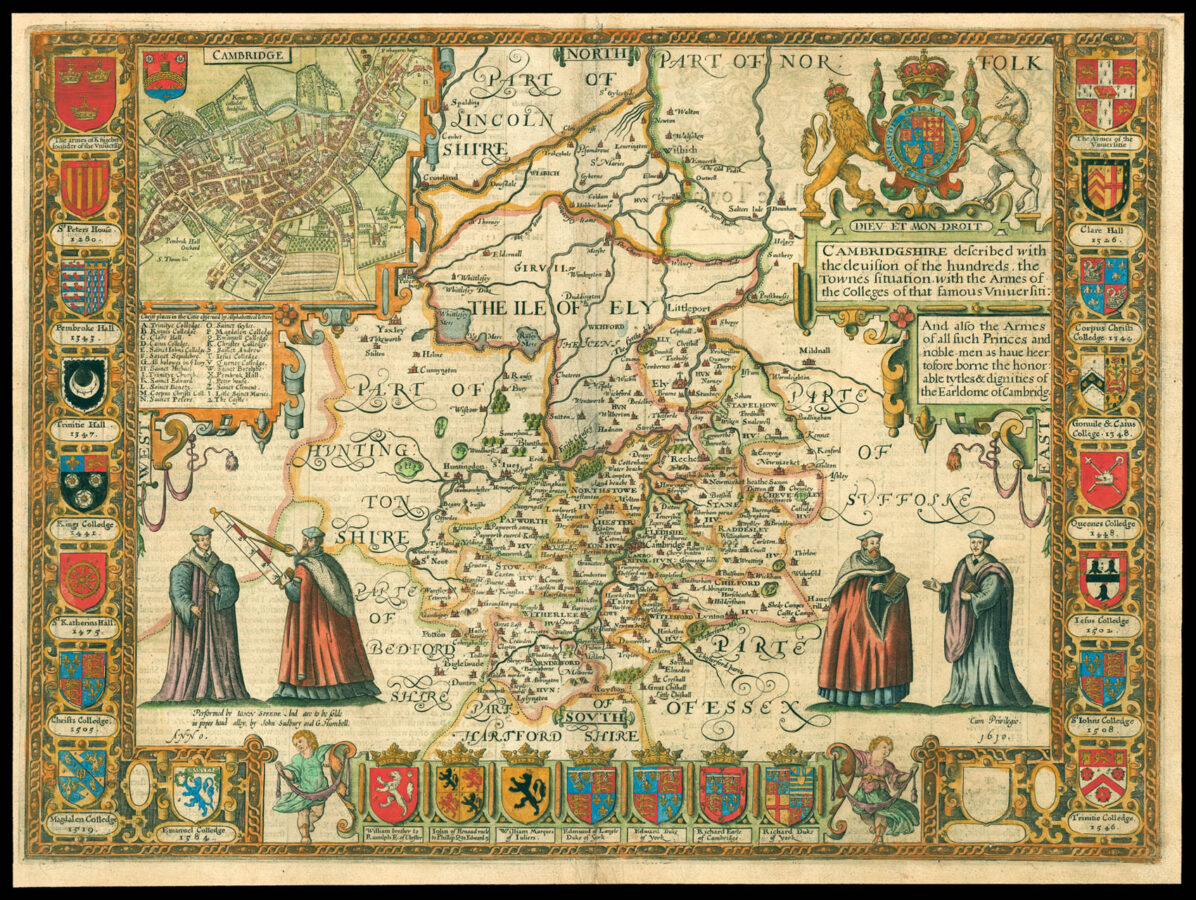 Cambridgshire described with the devision of the hundreds, the Townes situation, with the Armes of the Colleges on that famous Universiti. And also the Armes of all such Princes and noblemen as have heeretofore borne the hourable tytles & dignities of the Earldome of Camridg.

A beautifully coloured map of Cambridgeshire.