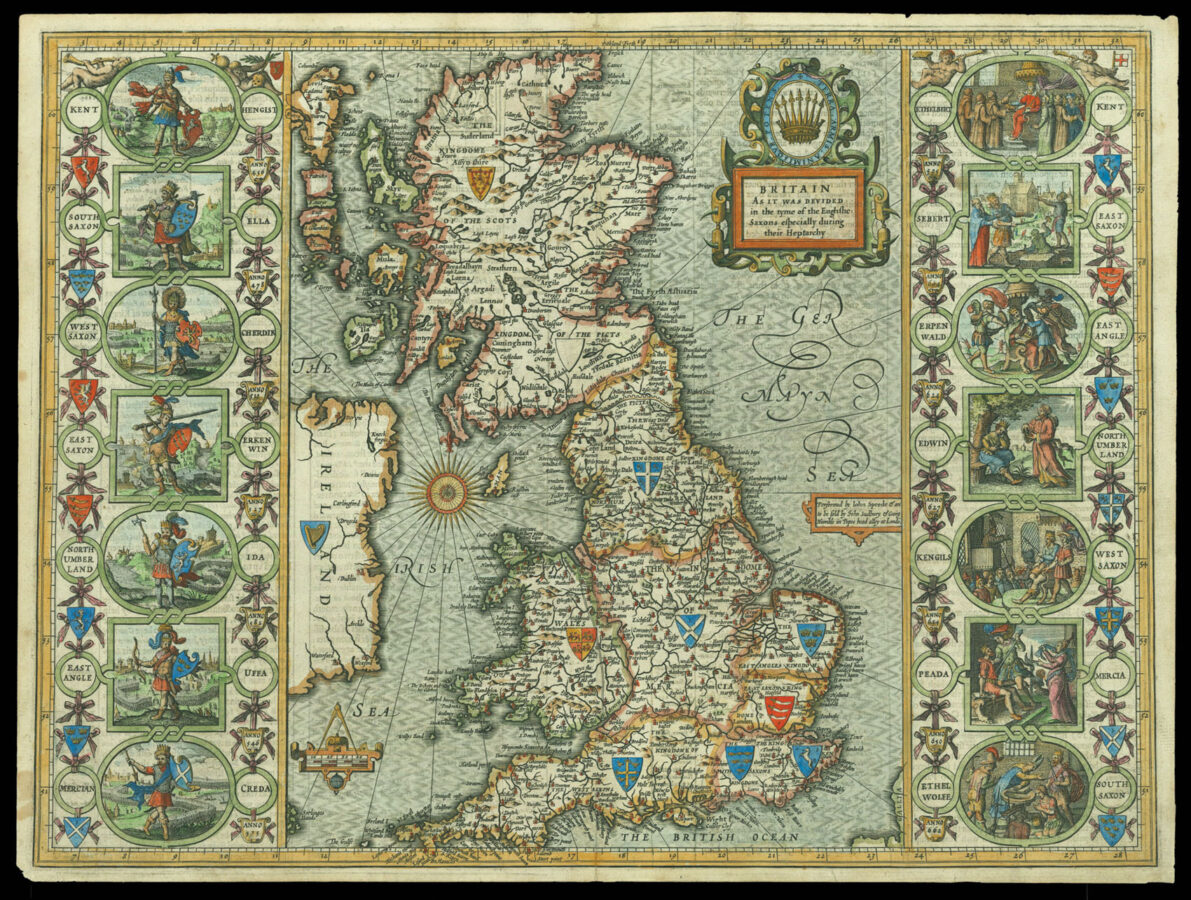 Speed’s map of Britain during the Heptarchy

Britain as it was devided in the time of the Englishe Saxons especially during their Heptarchy.

A map of Great Britain during the Heptarchy, the name given to the period when it was popularly supposed that the island was divided into seven kingdoms: East Anglia, Sussex, Wessex, Northumbria, Mercia, Kent, and Essex. The borders are filled with scenes from the lives of famous British rulers. On the right, Peada of Mercia is stabbed through the connivance of his own wife at Easter after converting to Christianity to marry her; at the upper left, the semi-mythical Hengist appears, who betrayed Vortigern, King of the Britons, and led the Anglo-Saxon invasion; at the upper right, Ethelbert of Kent listens to the preaching of St Augustine, who eventually converted him to Christianity.