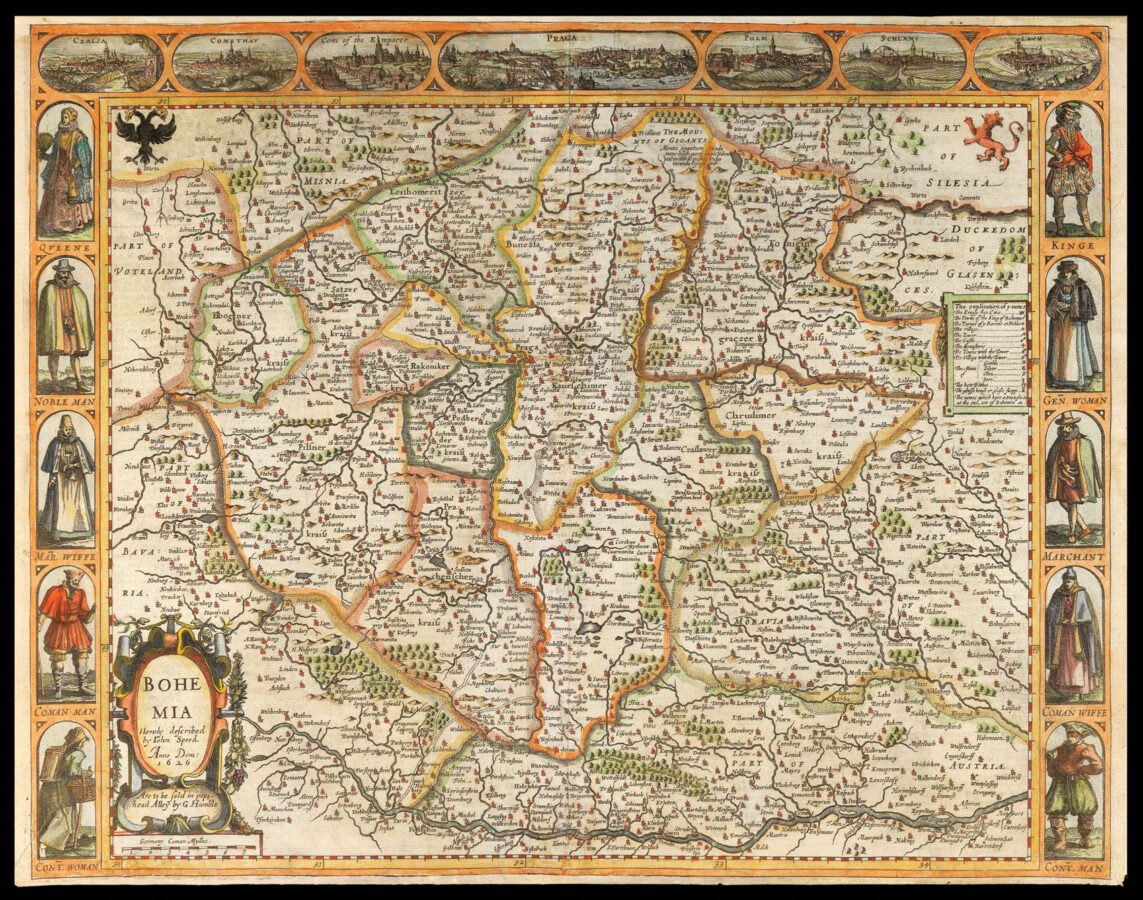 A map of Bohemia, a kingdom covering areas of what is now the Czech republic, one of the kingdoms making up the Holy Roman Empire. The upper border contains city views of Prague, Chomutov, Slany, Louny and Polna; the side borders contain figures in local dress.