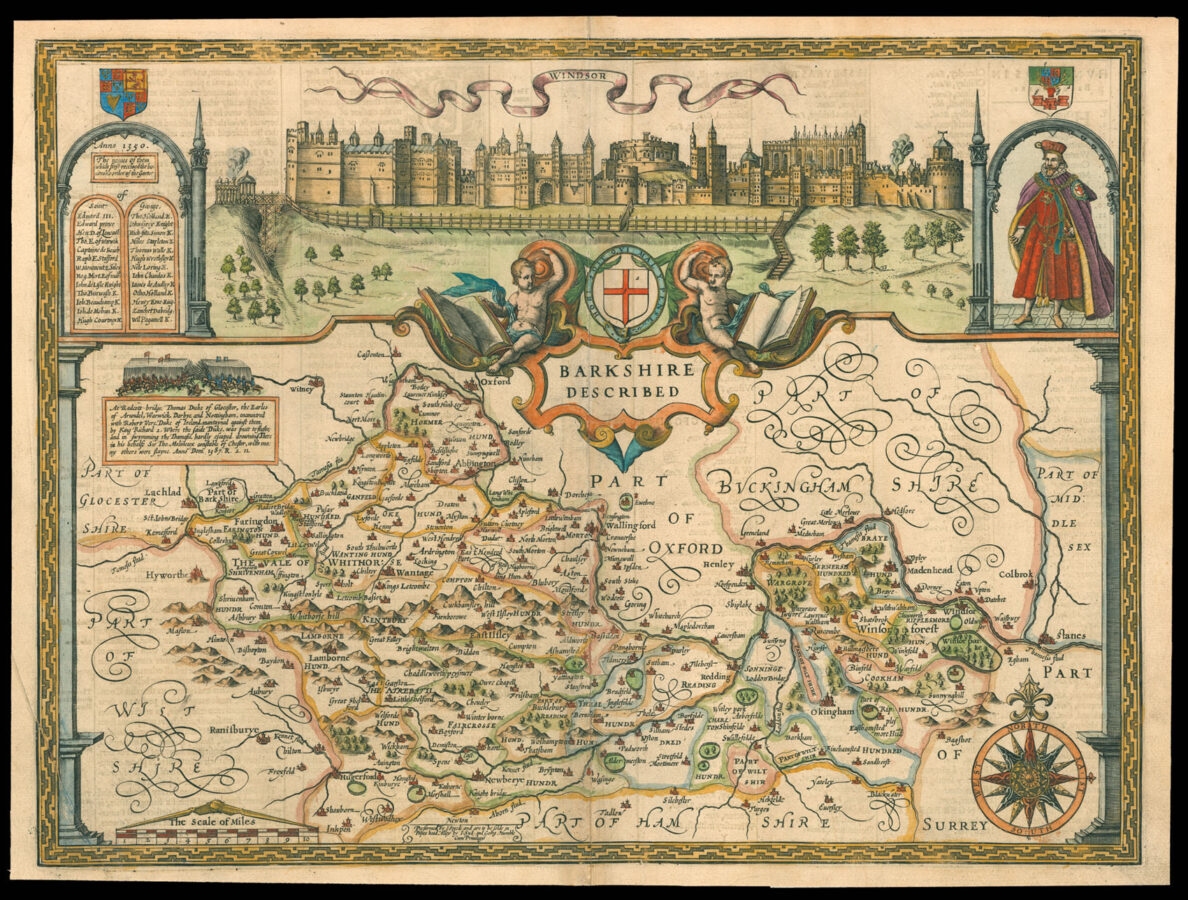 A beautifully coloured map of Berkshire, with a view of Windsor Castle, a list of the original knights of the Order of the Garter, and a portrait of Edward III, who both founded the order and rebuilt Windsor during his reign.