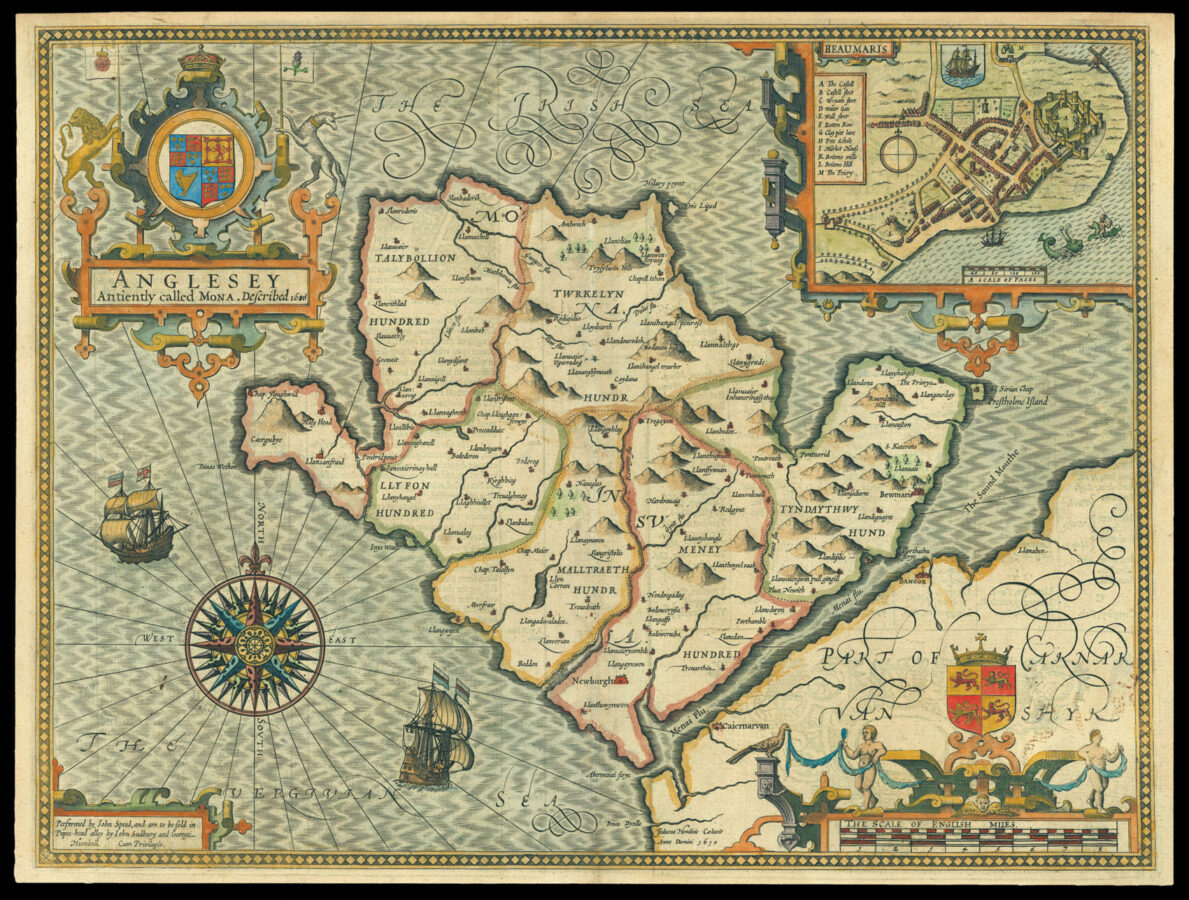 A beautifully coloured map of Anglesey, with an inset map of Beaumaris.